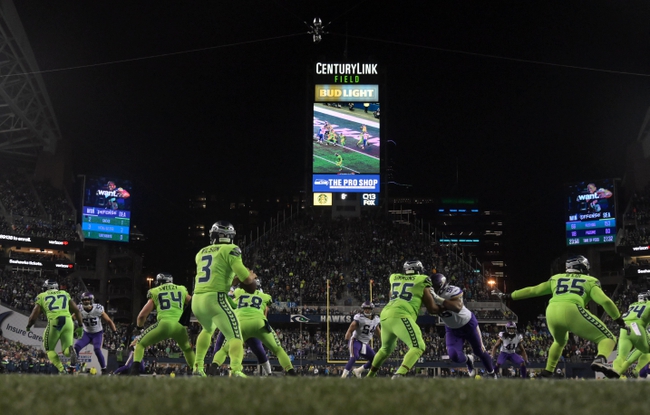 The Kansas City Chiefs will look to rebound from a heartbreaking 29-28 loss to the Los Angeles Chargers in their last outing. Patrick Mahomes has thrown for 4,543 yards, 45 touchdowns and 11 interceptions on 67.1% passing while Spencer Ware leads the Chiefs in rushing with 246 rushing yards. Tyreek Hill leads KC with 1,304 receiving yards and 11 touchdowns while Travis Kelce has a team-high 93 grabs for 1,220 yards and 10 touchdowns this year. Defensively, Chris Jones leads the Chiefs and is 5th in the NFL with 14 sacks while Dee Ford has 11.5 sacks and Anthony Hitchens leads the Chiefs with 71 tackles this season. As a team, Kansas City is averaging the most total offense with 427.2 yards per game and the highest-scoring offense in the league, scoring 35.6 points per game this season.

The Seahawks let a lot of people down, myself included, where they blew it against the 49ers last week and you don’t often get these Chiefs with a low line, so I can understand why a lot of money is coming in on Kansas City. However, 3 of the Chiefs’ last 4 games have been decided by 3 points or less, with 2 of those being losses. This game also means a lot more to Seattle than it does Kansas City, as the Chiefs have the luxury of a guaranteed playoff spot, while Seattle is still battling. The Seahawks aren’t the dominant defensive unit of years past, but they’re still a tough defense nonetheless and have one of the tougher road environments in the league behind them in the 12th man. I think as long as the Seahawks don’t make bonehead mistakes like they have in the last few weeks, the Seahawks have a good shot at winning this one outright. The Chiefs have also been brutal ATS over the last month and a bit, so I’ll take a shot at Seattle and the points in a game that’s probably better to watch rather than bet.