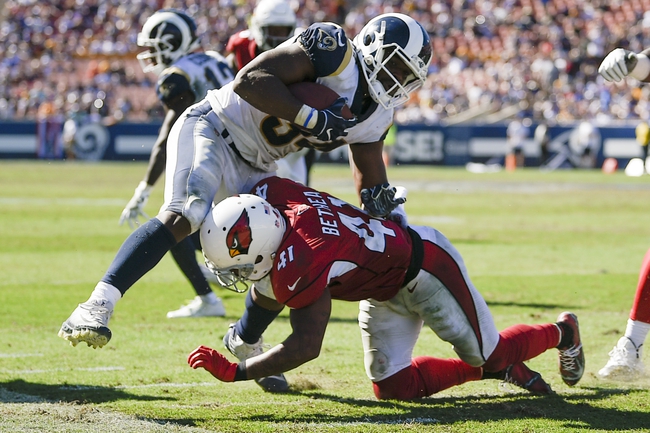 The Los Angeles Rams and the Arizona Cardinals will meet up in Week 16 NFL action on Sunday.

The Rams come into this one at 11-3 on the season. LA had a three-game win streak going versus the Seahawks, Chiefs and Lions but lost their last pair versus the Bears and Eagles.

In the Eagles game, Rams QB Jared Goff put up 339 yards and a pick, while Todd Gurley managed 48 yards and two rush TDs. Gurley also led the Rams receivers with his 76 yards on 10 catches.

In the Falcons game, Arizona’s Josh Rosen put up 132 yards with two interceptions, and David Johnson logged 33 yards with a score. Leading the Cards receivers was Larry Fitzgerald with 82 yards on seven catches.

Some of the luster has worn off the Rams in their last two games, as they were shut down by the Bears 15-6 and couldn’t keep up with the Eagles in a 30-23 defeat.

LA can take out their frustrations on a bad Cardinals team here, however. I see this as a game where the Rams get back into the groove and put up a huge win. I’m going with LA.