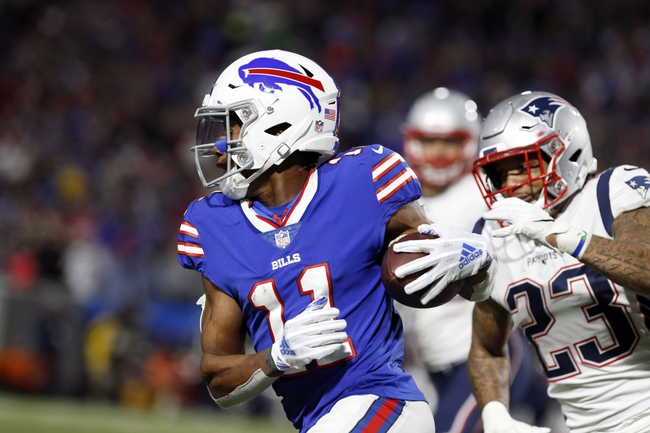 The Buffalo Bills look to play spoiler at this point after splitting their last six games. The Buffalo Bills have lost four of their last five road games. Josh Allen is completing 52.2 percent of his passes for 1,633 yards, six touchdowns and nine interceptions. Allen has one or less touchdown passes in nine of his 10 career games. Zay Jones and Robert Foster have combined for 960 receiving yards and six touchdowns while LeSean McCoy has 29 receptions. The Buffalo Bills ground game is averaging 124.7 yards per contest, and Allen leads the way with 506 yards and six touchdowns. Defensively, Buffalo is allowing 23.8 points and 292.2 yards per game. Tremaine Edmunds leads the Buffalo Bills with 98 tackles, Lorenzo Alexander has 6.5 sacks and Jordan Poyer has three interceptions.

The Buffalo Bills continue to play hard, and while their last three wins have come against teams with losing records, each of their last five games have resulted in either a win or a loss by single digits. The New England Patriots are coming off back-to-back last second losses and have lost back-to-back games in the month of December for the first time since 2002. The Buffalo Bills have split their last eight games ATS when a double-digit underdog. The New England Patriots have covered 12 of their last 14 games when a double-digit favorite. You guys know how I am when it comes to big chalk, but this may be one of those times to lay it. The Patriots have been money over the years as double-digit favorites and usually bounce back big after a loss. The Patriots also beat the Bills by 19 points on the road earlier this season and have won the last four meetings against Buffalo by an average of 19 points. The numbers and trends indicate this will be a comfortable victory for the New England Patriots at home.