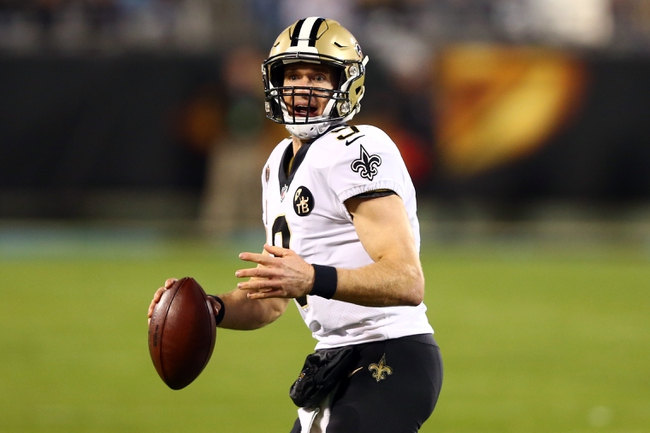 The Pittsburgh Steelers and the New Orleans Saints will meet up in Week 16 NFL action on Sunday.

The Steelers enter this one at 8-5-1 this year. Pittsburgh had lost three straight games versus the Broncos 24-17, the Chargers 33-30 and the Raiders 24-21, but got back on track by beating New England 17-10 their last time up.

In the Patriots game, Steelers QB Ben Roethlisberger put up 235 yards with two TDs and two picks, and Jaylen Samuels managed 142 yards on the ground. James Washington led the Steelers in receiving with three grabs for 65 yards.

Over on the Saints side, they’re 11-2 right now. New Orleans took a glaring loss to the Cowbos on November 29, but since have taken out the Buccaneers 28-14 and the Panthers 12-9.

In the Panthers game, New Orleans QB Drew Brees put up 203 yards and a pick, while Alvin Kamara led the rush with 67 yards and a TD. Michael Thomas led the Saints receivers with 49 yards on seven grabs.

Well, things have certainly been a roller coaster in Pittsburgh this year, huh? After bad losses to the Broncos and the Raiders, the win over the Patriots is a firm step back in the right direction and the Steelers have their destiny in their own hands.

Still, everybody knows New Orleans is a tough customer, especially at home. This should be a fun game but I like the Saints on a slim cover—and maybe the over too.