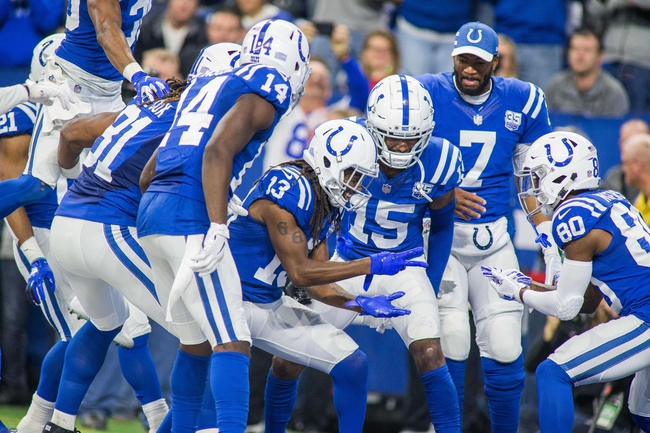 The New York Giants look to continue playing spoiler after winning four of their last six games. The New York Giants have split their last six road games. Eli Manning is completing 65.9 percent of his passes for 3,689 yards, 18 touchdowns and nine interceptions. Manning has one or less touchdown passes in nine of his last 13 games. Odell Beckham Jr. and Sterling Shepard have combined for 1,744 receiving yards and 10 touchdowns while Saquon Barkley has 82 receptions. The New York Giants ground game is averaging 101.7 yards per contest, and Barkley leads the way with 1,155 yards and nine touchdowns. Defensively, New York is allowing 24.9 points and 365.8 yards per game. Landon Collins leads the New York Giants with 96 tackles, B.J. Hill has five sacks and Alec Ogletree has five interceptions.

The New York Giants have played much better football since coming off their bye week, but they're fresh off a shutout loss to the Tennessee Titans and are expected to be without Odell Beckham yet again. The Indianapolis Colts are coming off their best win of the season, a blowout over the Dallas Cowboys, and they're outscoring teams by an average of 17.8 points during their five-game home winning streak. The New York Giants have covered five of their last six games when an underdog of at least seven points. The Indianapolis Colts are 7-2-1 ATS in their last 10 games when a favorite of at least seven points. The Giants showed last week how much this offense struggles without Beckham on the field. The Indianapolis Colts seem to getting better each week and it's the defense that's making the biggest improvments. I'm not the chalk eating handicapper, but this feels like a good spot to lay a big number.