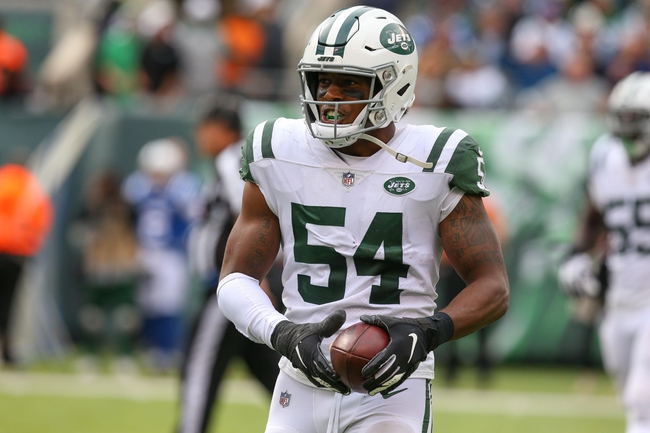 The New York Jets could also use a feel good victory here after losing seven of their last eight games. The New York Jets have lost their last four home games. Sam Darnold is completing 56.7 percent of his passes for 2,357 yards, 14 touchdowns and 15 interceptions. Josh McCown and Darnold have combined for 15 touchdown passes and 19 interceptions this season. Robby Anderson and Quincy Enunwa have combined for 1,037 receiving yards and six touchdowns while Chris Herndon has 32 receptions. The New York Jets ground game is averaging 105.1 yards per contest, and Isaiah Crowell leads the way with 685 yards and six touchdowns. Defensively, New York is allowing 25.6 points and 369.4 yards per game. Avery Williamson leads the New York Jets with 107 tackles, Jordan Jenkins has seven sacks and Trumaine Johnson has four interceptions.

The Green Bay Packers have yet to win a road game this season and the offense continues to stumble, scoring 17 points in four of their last seven games. The New York Jets have had an extra day to prepare for this game after playing last Saturday, and they're looking for their first home victory since their week 6 win over the Indianapolis Colts. The Green Bay Packers have split their last 12 games ATS when a favorite of any kind. The New York Jets are 3-6-1 ATS in their last 10 games when an underdog of any kind. The Packers should be the favorites based on the fact they have Aaron Rodgers, but we're not seeing much improvement from them week to week and at this point it's better off they don't win in hopes of landing a better draft pick. The New York Jets are a young squad that may be losing games, but they compete and play hard. We saw the Jets take a good Houston Texans team down to the wire last week, and they did the same on the road against the Tennessee Titans. The Jets haven't checked out. You want the teams that are still playing hard this time of year. I'll take the Jets at home in this toss-up.