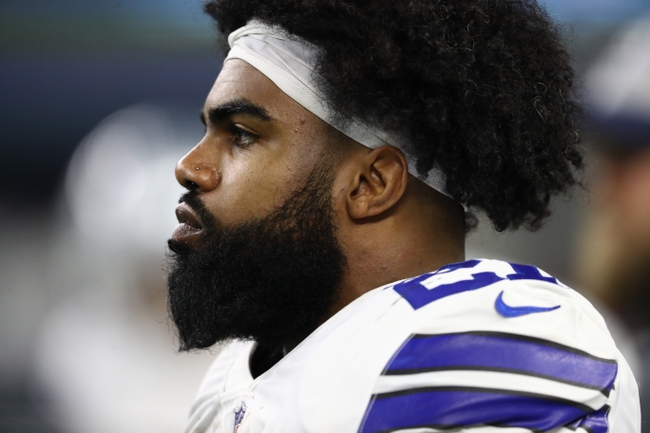 The Dallas Cowboys look to stay hot after winning five of their last six games. The Dallas Cowboys have won their last three home games. Dak Prescott is completing 67.6 percent of his passes for 3,337 yards, 17 touchdowns and eight interceptions. Prescott has one or less touchdown passes in 12 of his last 17 games. Amari Cooper and Ezekiel Elliott have combined for 1,217 receiving yards and nine touchdowns while Cole Beasley has 54 receptions. The Dallas Cowboys ground game is averaging 130.9 yards per contest, and Elliott leads the way with 1,349 yards and six touchdowns. Defensively, Dallas is allowing 18.9 points and 313.4 yards per game. Leighton Vander Esch leads the Dallas Cowboys with 116 tackles, DeMarcus Lawrence has 8.5 sacks and Xavier Woods has two interceptions.

The Tampa Bay Buccaneers continue to pile up losses and find creative ways to lose, but five of their nine losses this season have been decided by eight or less points. The Dallas Cowboys are coming off a beatdown loss to the Indianapolis Colts, and they're outscoring teams by an average of 5.6 points during their three-game home winning streak. The Tampa Bay Buccaneers have covered five of their last eight games when an underdog of at least seven points. The Dallas Cowboys have covered four of their last five games when a favorite of at least seven points. The Cowboys are much better at home than they are on the road, but the numbers indicate there's value with the Tampa Bay Buccaneers and the free touchdown. The Bucs have been in a ton of close games this season and would have a better record if it weren't for the turnovers. The Dallas Cowboys don't blow many teams out and actually have just one double-digit victory this season. Give me the points.