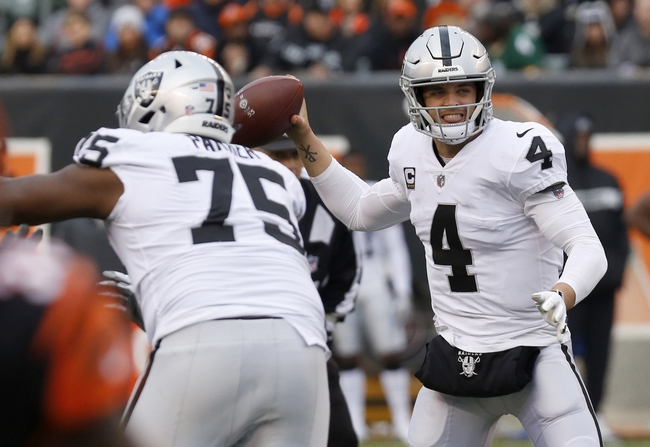 The Denver Brocnos and the Oakland Raiders meet in a week 16 AFC West division showdown from the Oakland Coliseum in the final instalment of Monday Night Football of the 2018 season.

The Oakland Raiders will look to rebound from a 30-16 loss to the Cincinnati Bengals in their last outing. Derek Carr has thrown for 3,697 yards, 19 touchdowns and 8 interceptions while Doug Martin leads Oakland with 516 rushing yards and 3 touchdowns. Jared Cook leads the Raiders with 63 catches for 848 yards and 6 touchdowns while Jordy Nelson has 47 catches for 586 yards and 3 TDs and Jalen Richard has 62 catches for 550 yards this season. Defensively, Maurice Hurst Jr. leads Oakland with 4 sacks while Tahir Whitehead leads the Raiders with 75 tackles this season. As a team, Oakland is averaging 343.9 yards of total offense and 18.6 points per game this season.

Talk about ending the Monday Night Football season with a thud, yeesh. You have two teams who aren’t going anywhere come January and who are actually worse off winning this game than losing it. The Broncos have had the bulk of the success between these two teams, but have had issues scoring over the last couple of weeks since Emmanuel Sanders went down due to injury. Oakland on the other hand, despite a win here and there, has been brutal for the whole year and isn’t worth putting any stock in, even as a home dog. Instead, I’m going to side with the under as I just see this game being a snooze fest and could see one or neither of these teams breaking 20 points. Plus the under has hit in each of the last 4 meetings, so I guess I’ll take the under in this spot.