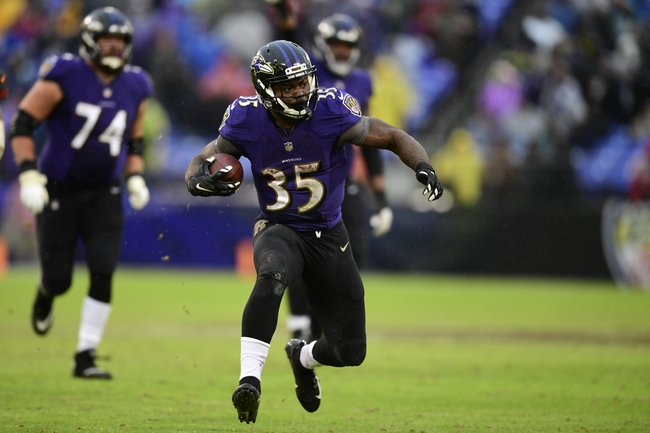 The Baltimore Ravens hope to clinch a playoff spot after winning five of their last six games. The Baltimore Ravens have won their last three home games. Lamar Jackson is completing 58.2 percent of his passes for 1,022 yards, six touchdowns and three interceptions. Jackson enters this game with 146 career pass attempts under his belt. John Brown and Willie Snead IV have combined for 1,334 receiving yards and six touchdowns while Michael Crabtree has 52 receptions. The Baltimore Ravens ground game is averaging 143 yards per contest, and Gus Edwards leads the way with 642 yards and two touchdowns. Defensively, Baltimore is allowing 17.5 points and 284.1 yards per game. C.J. Mosley leads the Baltimore Ravens with 99 tackles, Za'Darius Smith has 8.5 sacks and Brandon Carr has two interceptions.

The Cleveland Browns have been able to turn their close losses into victories, as they've lost just once since week 10 and are outscoring teams by an average of five points during their three-game winning streak. The Baltimore Ravens have lost just once since their bye week in week 10, and they have a defense that's allowed 21 or less points in five of their last six games. The Ravens are allowing just 16.25 points in their last four games. The Cleveland Browns have covered six of their last nine games when an underdog of at least three points. The Baltimore Ravens have failed to cover five of their last eight games when a favorite of at least three points. The Ravens obviously have more to play for at this point and are a physical bunch that will test the Browns. The problem is the Browns beat the Ravens earlier this year in overtime and seem to continue thriving in the underdog role despite not having anything to play for. The Browns are enjoying themselves right now. I have to side with the points here based on the Browns being up for every game this season and finally starting to finish these games as well.