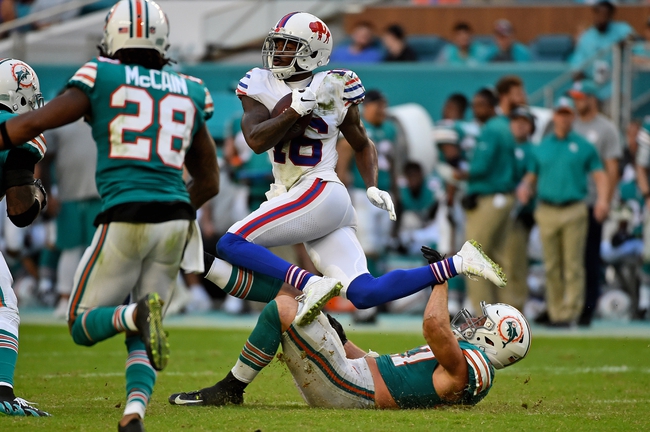 The Miami Dolphins and the Buffalo Bills will meet up in Week 17 NFL activity on Sunday.

Miami enters this game with a 7-8 record overall on the year. The Dolphins started out reasonably well but have dropped four of their last six games to the Packers, Colts, Vikings and Jaguars.

In the Jaguars game, Dolphins QB Ryan Tannehill put up 146 yards, one TD and one pick, and Kenyan Drake led the rush with 23 yards from six carries. Danny Amendola was the lead Miami receiver with his 40 yards from three catches in that one.

Over on the Buffalo side, they’re 5-10 this season. The Bills have lost three of their last four outings, dropping games to the Dolphins, Jets and Patriots during that span.

In the Patriots game this past Sunday, Bills QB Josh Allen put up 217 yards, one TD and two picks, while Keith Ford managed 33 yards to lead the rush. Zay Jones was the top Bills receiver with his five catches for 67 yards and a TD.

It’s another lost season for the “other” teams in the AFC East, and these two squads will once again be looking to improve in the offseason and finally knock the Patriots off their pedestal.

Neither Miami nor Buffalo is all that intriguing at this point, and both offenses are stuck in molasses. On paper, the Dolphins have more talent and since they’re getting a few points I’m going with Miami here.