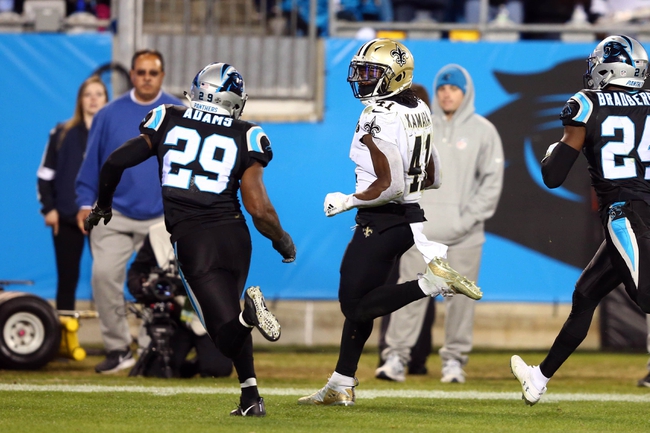 The Carolina Panthers and New Orleans Saints meet Sunday in NFL action at the Mercedes-Benz Superdome.

The Carolina Panthers could use a feel good victory here that would snap a seven-game losing streak. The Carolina Panthers have lost each of their last four road games. Taylor Heinicke is completing 61.4 percent of his passes for 320 yards, one touchdown and three interceptions. Kyle Allen will get the start in this contest, and he has four career pass attempts under his belt. Christian McCaffrey and DJ Moore have combined for 1,552 receiving yards and eight touchdowns while Devin Funchess has 44 receptions. The Carolina Panthers ground game is averaging 135 yards per contest, and McCaffrey leads the way with 1,080 yards and seven touchdowns. Defensively, Carolina is allowing 24.5 points and 357.1 yards per game. Luke Kuechly leads the Carolina Panthers with 130 tackles, Mario Addison has eight sacks and Donte Jackson has four interceptions.

The Carolina Panthers have been on the wrong side of a lot of close losses, but at this point guys just want to go on vacation, so you could see a lot of players check out. The New Orleans Saints have the top seed in the NFC locked up, so there's sure to be a lot of key players resting with not a whole lot to play for. The Carolina Panthers are 7-2-1 ATS in their last 10 games when an underdog of at least seven points. The New Orleans Saints have failed to cover five of their last eight games when a favorite of at least seven points. I'm not putting money on a Panthers team that's being led by Kyle Allen, who has thrown four passes in the NFL. The Saints are going to give Teddy Bridgewater enxtended minutes in this contest, and this is his chance to make a lot of money somewhere. The Saints probably win this game pretty easily, even with a lot of key players sitting out.