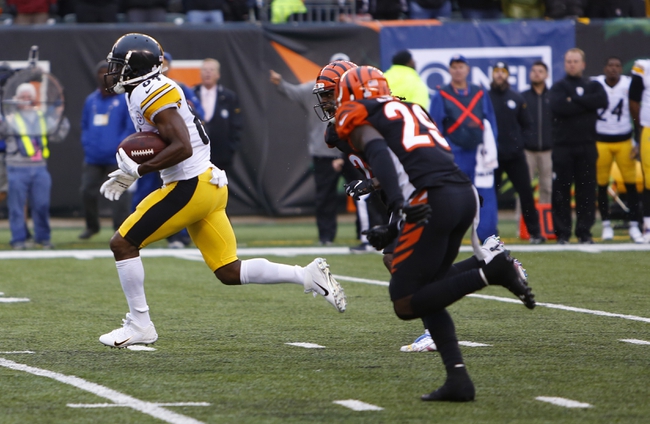 The Cincinnati Bengals and the Pittsburgh Steelers will meet up in Week 17 NFL activity on Sunday.

The Bengals are currently 6-9 on the year. Cincinnati had been on a five-game losing skid before taking out the Raiders, but then they fell once again to the Browns this past Sunday 26-18.

In the Browns game, Cincinnati QB Jeff Driskel put up 133 yards and two TDs. Joe Mixon led the rush with 68 yards on 17 carries, and CJ Uzomah was the top Bengals receiver with 49 yards and a score off four catches.

Over on the Steelers’ side, they’re 8-6-1 this year. Pittsburgh has hit the skids in the late season, falling to the Broncos, Chargers, Raiders and Saints since November 25.

There are still some playoff implications in this game, as Pittsburgh needs to win and hope the Browns can beat the Ravens in order to see the postseason.

I don’t see Cincinnati winning this game, but with a thick line like that it’s tempting to take the Bengals on the cover.