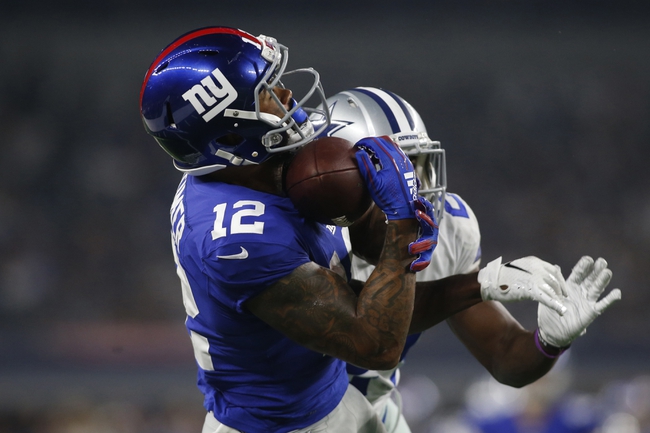 The Dallas Cowboys look for double-digit victories for the third time in the last three years. The Dallas Cowboys have lost five of their last seven road games. Dak Prescott is completing 68.3 percent of his passes for 3,498 yards, 18 touchdowns and eight interceptions. Prescott has one or less touchdown passes in 13 of his last 18 games. Amari Cooper and Cole Beasley have combined for 1,272 receiving yards and eight touchdowns while Ezekiel Elliott has 77 receptions. The Dallas Cowboys ground game is averaging 127.5 yards per contest, and Elliott leads the way with 1,434 yards and six touchdowns. Defensively, Dallas is allowing 19.3 points and 321.8 yards per game. Leighton Vander Esch leads the Dallas Cowboys with 131 tackles, DeMarcus Lawrence has 9.5 sacks and Xavier Woods has two interceptions.

The New York Giants look to end the year on a high note after splitting their last eight games. The New York Giants have lost five of their last seven home games. Eli Manning is completing 66.5 percent of his passes for 3,998 yards, 19 touchdowns and 10 interceptions. Manning has one or less touchdown passes in 10 of his last 14 games. Odell Beckham Jr. and Sterling Shepard have combined for 1,857 receiving yards and 10 touchdowns while Saquon Barkley has 87 receptions. The New York Giants ground game is averaging 101.7 yards per contest, and Barkley leads the way with 1,198 yards and 10 touchdowns. Defensively, New York is allowing 25.1 points and 368.2 yards per game. Landon Collins leads the New York Giants with 96 tackles, B.J. Hill has five sacks and Alec Ogletree has five interceptions.

The Dallas Cowboys have been one of the hotter teams in the league over the last two months, winning six of their last seven games, but they're likely going to rest starters with the fourth seed locked up. The New York Giants may be losing games, but they continue to compete, winning four of their last seven and going toe-to-toe last week with a playoff contender in the Indianapolis Colts. The Dallas Cowboys have split their last 10 games ATS when an underdog of at least six points. The New York Giants have split their last eight games ATS when a favorite of at least six points. The Cowboys and the points are tempting, but you have no idea how long Prescott, Ezekiel and others are going to play, and with no chance of moving out of the fourth seed, I'd assume not very long. The New York Giants are still playing hard and should be able to pull away in the second half against the Cowboys backups.