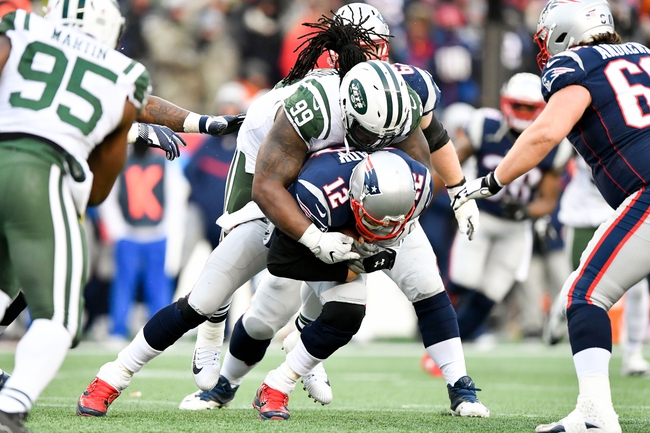 The New York Jets look to play spoiler after losing eight of their last nine games. The New York Jets have lost five of their last six road games. Sam Darnold is completing 57.8 percent of his passes for 2,698 yards, 17 touchdowns and 15 interceptions. Josh McCown and Darnold have combined for 18 touchdown passes and 19 interceptions this season. Robby Anderson and Chris Herndon have combined for 1,222 receiving yards and 10 touchdowns while Quincy Enunwa has 38 receptions. The New York Jets ground game is averaging 101.2 yards per contest, and Isaiah Crowell leads the way with 685 yards and six touchdowns. Defensively, New York is allowing 26.9 points and 380.7 yards per game. Avery Williamson leads the New York Jets with 115 tackles, Jordan Jenkins has seven sacks and Trumaine Johnson has four interceptions.

The New York Jets may be piling up the losses, but six of their 11 losses have been decided by single digits and their last three losses have been decided by an average of 5.6 points. The New England Patriots will lockup a top-two seed with a victory here and have played their ebst ball at home, but they also haven't won a game by more than 14 points since Halloween. The New York Jets have failed to cover four of their last six games when a double-digit underdog. The New England Patriots have covered 15 of their last 19 games when a double-digit favorite. The Patriots aren't built to blow teams out this season and the Jets continue to compete despite being on the wrong side often. The Jets hung around with the Patriots a couple of weeks ago and eight of the last 10 meetings have been decided by 14 or less points. Give me the Jets and the two free touchdowns.