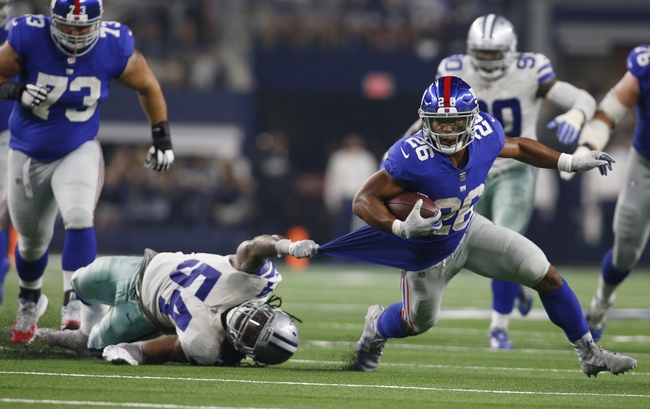 The Dallas Cowboys and the New York Giants will meet up in Week 17 NFL activity on Sunday.

Dallas enters this game at 9-6 on the season. The Cowboys have won six of their last seven games, taking out the Eagles, Falcons, Redskins, Saints, Eagles and Buccaneers in that time.

In the Buccaneers game, Dallas QB Dak Prescott put up 161 yards with one TD (and one rushing TD) while Ezekiel Elliott managed 85 yards to lead the rush. Michael Gallup was the top Dallas receiver with his 53 yards and a TD on three catches.

Over on the Giants’ side, they’re 5-10 this year. New York is 2-3 in their last five games, taking out the Bears and Redskins but falling to the Eagles, Titans and Colts.

In the Indy game, Giants QB Eli Manning put up 309 yards with one TD and one pick, and Saquon Barkley managed 43 yards with one TD rushing. Sterling Shepard topped the Giants receivers with his six grabs for 113 yards.

Dallas has risen from the midseason ashes to morph into a division champion and playoff team. The thing is, the Cowboys really aren’t blowing people out in their victories; they’re coming by a score or less.

With the Giants playing better and the Cowboys pretty much locked in right now, I have to think New York can bang out a cover here.