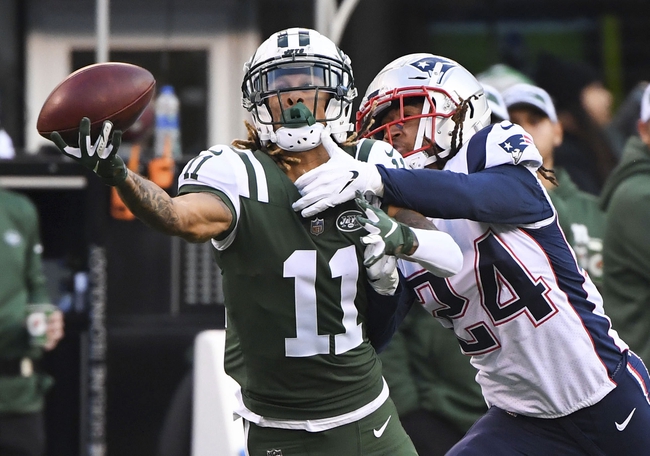 The New York Jets and the New England Patriots will meet up in Week 17 NFL action on Sunday.

In the Packers matchup, Jets QB Sam Darnold put up 341 yards and three scores, and Robby Anderson logged 140 yards and a TD through the air. Elijah McGuire led the New York rush with 35 yards and a TD along with a receiving score.

Over on the Patriots’ side, they’re 10-4 this year. New England fell to the Dolphins and the Steelers in consecutive weeks—which is something that just doesn’t happen to this team—but took out Buffalo their last time up.

In the Bills game, Patriots QB Tom Brady logged 126 yards, one TD and two picks, and Sony Michel had 18 carries for 116 and a score. Leading the receivers was Julian Edelman with 70 yards and a TD on six grabs.

The Packers game was probably the most exciting Jets outing of the year, and had they not shot themselves in the proverbial foot with penalties and bad play calling, they’d be coming off a win.

As for the Pats, there’s an outside chance that they’ll sneak into the No. 1 seed, but you can expect them to rest some of their vets early here.

I’m going to go with the Jets, who have nothing to play for aside from screwing over a divisional rival--but that's more than enough motivation.