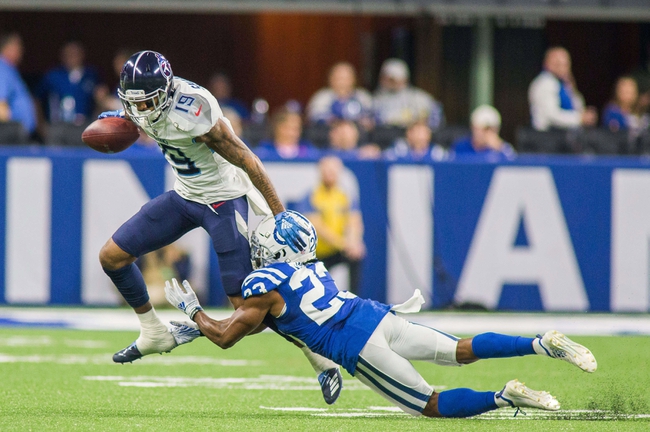 The Indianapolis Colts and the Tennessee Titans meet in week 17 NFL action from the Nissan Stadium on Sunday night.

The Tennessee Titans will be looking to add to their current 4-game winning streak after a 25-16 victory over Washington in their last outing. Marcus Mariota has thrown for 2,528 yards, 11 touchdowns and 8 interceptions on 68.9% passing while Derrick Henry has rushed for 966 yards and 12 touchdowns this season. Corey Davis leads the Titans’ receiving corps with 60 catches for 843 yards and 4 touchdowns this season. Defensively, Jurrell Casey leads the Titans with 7 sacks while Adoree’ Jackson has a team-high 63 tackles this season. As a team, Tennessee is averaging 316 yards of total offense and 19.5 points per game this season.

A playoff spot and a potential division title is on the line here, but it’s basically win and you’re in for the winner of this game. With that said, getting Tennessee as a dog at home is tempting, considering that the Titans are 6-1 SU at home this season. However, the fact that Indianapolis is a favorite on the road just goes to speak to how well the Colts have been playing over the last couple of months in addition to the Colts having a ton of success ATS in this matchup. The Titans will want revenge after being routed 38-10 by Indianapolis a few weeks ago, but given a bigger sample size, I feel that the Colts are the way to go here so I’ll lay the points with Indianapolis in this spot.