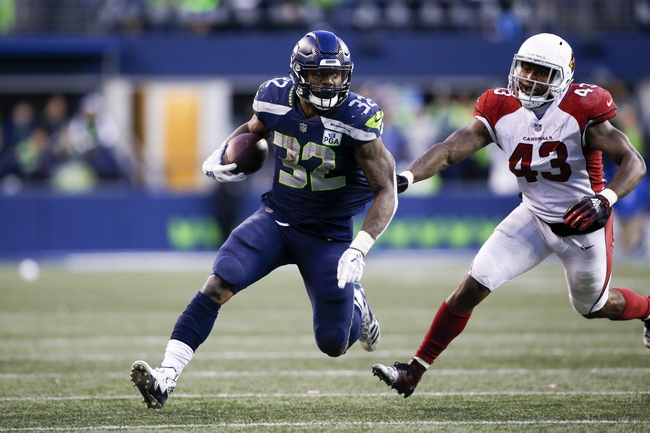 The Seattle Seahawks and the Dallas Cowboys meet in NFL action on Saturday night in one of the NFC Wild Card matchups from AT&T Stadium.

The Seattle Seahawks come into this game with a 10-6 overall record, good enough for the #5 seed in the NFC playoffs after winning 6 of their last 7 games down the stretch. Russell Wilson threw for 3,448 yards, 35 touchdowns and 7 interceptions on 65.6% passing while Chris Carson rushed for 1,151 yards and 9 touchdowns this season. Mike Davis rushed for 514 yards and 4 scores while Rashaad Penny had 419 rushing yards and a pair of touchdowns. Tyler Lockett led the Seahawks in receiving with 57 catches for 965 yards and 10 touchdowns while Doug Baldwin had 50 catches for 618 yards and David Moore has 445 receiving yards with both Baldwin and Moore logging 5 touchdowns. Defensively, Frank Clark led Seattle with 14 sacks and Jarran Reed had 10.5 sacks while Bobby Wagner led Seattle’s defensive unit with 84 tackles this season. As a team, Seattle is averaging 353.3 yards of total offense, including the most rushing yards per game in the NFL this season with 160 yards per game on the ground, along with the 7th-most points per game, scoring 26.8 points per contest this season.

This game features arguably two of the hottest teams in the league over the last couple of months, so you can understand why the line is as low as it is. However, while this game is in Dallas and the Cowboys have been solid at home, I’m siding with the Seahawks here. Seattle has as many playoff wins since 2015 as the Cowboys do in the last 20 seasons. That number? Two. Two wins in 20 years for one of the historic franchises in the NFL. That could mean that the Cowboys are finally due for a win here, but Russell Wilson and the Seahawks have been here before and sometimes that experience is the deciding factor in games like these, so I’ll take a shot with Seattle and the points here.