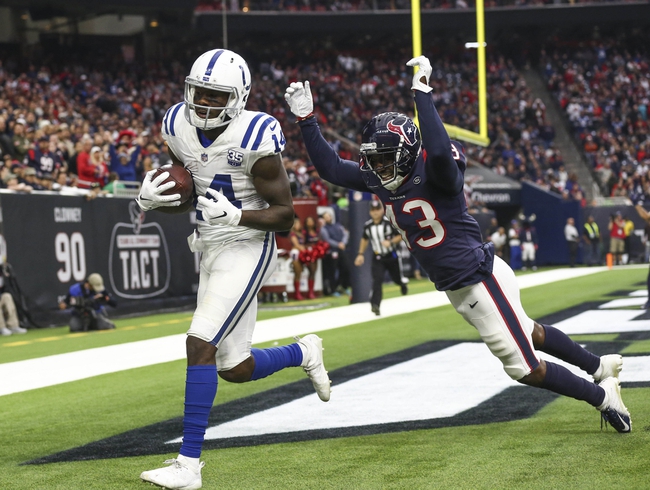 The Indianapolis Colts and the Houston Texans will meet up in NFL Wild Card Playoff action on Saturday.

The Colts enter this one after a 10-6 regular season. Since a December 2 loss to the Jaguars, Indianapolis has won four straight games versus the Texans, Cowboys, Giants and Titans.

In the Titans game Week 17, Colts QB Andrew Luck put up 285 yards, three touchdowns and one pick, and Marlon Mack managed 119 yards with a TD rushing. Tops in receiving for Indianapolis there was Dontrelle Inman, with 77 yards and a TD off five catches.

Over on the Texans’ side, they finished 11-5 to win the division this year. Houston stumbled at 2-2 over their last four games though, dropping to the Colts and Eagles but beating the Jets and Jaguars.

In the Week 17 Jaguars matchup, Texans QB Deshaun Watson put up 234 yards, and also led the rush with 66 yards and one TD. DeAndre Hopkins had a monster game there with 12 catches for 147 yards.

After a shaky start to the season, Indianapolis found their groove and played very well to close out the 17-week schedule (aside from that ugly 6-0 Jags game, that is).

Houston looks pretty strong, and they’ve been competitive with just about everybody this season. Still, momentum is a nice thing to have going into the playoffs, and against a familiar rival I like the Colts in what should be a great game.