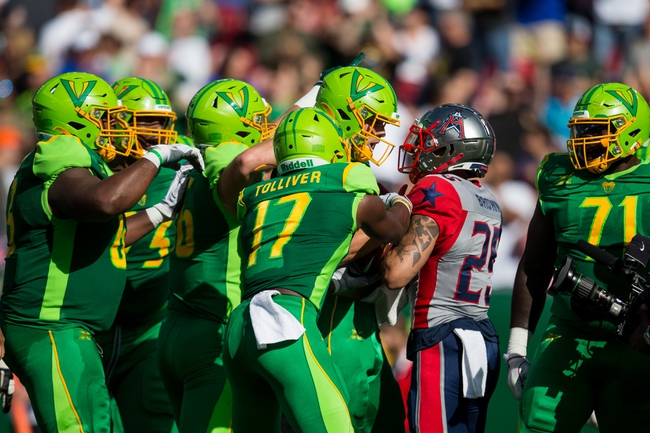 The St. Louis BattleHawks have had issues on the road this season and are fresh off a game against the DC Defenders where they scored just six points. The Tampa Bay Vipers may be the worst team in the East record wise, but they've been on the wrong side of some competitive losses and just went toe-to-toe with the Los Angeles Wildcats on the road last week. These are the top-two defensive and rushing teams in the league, so expect a tight, low scoring and physical game. I want the points with the Vipers at home.