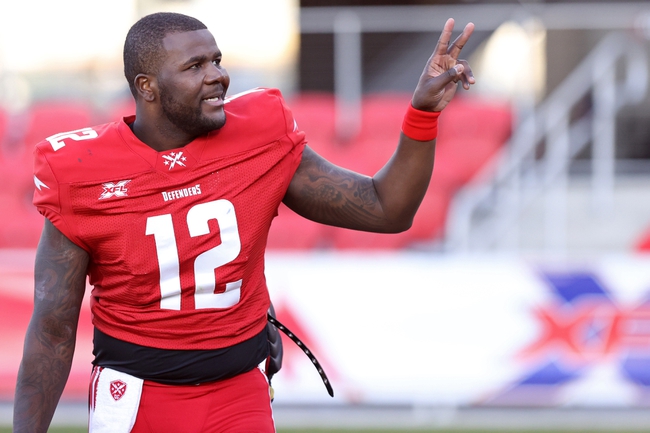 The DC Defenders look for a win after splitting their last four games. The DC Defenders won their first three home games. Cardale Jones is completing 54 percent of his passes for 674 yards, four touchdowns and seven interceptions. Jones has zero touchdown passes and six interceptions in his last three games. Rashad Ross and Eli Rogers have combined for 357 receiving yards and one touchdown while Khari Lee has eight receptions. The DC Defenders ground game is averaging 130.2 yards per contest, and Jhurell Pressley leads the way with 190 yards on 42 carries. Defensively, DC is allowing 17.8 points and 315.4 yards per game. Jonathan Celestin leads the DC Defenders with 32 tackles, Jayson Bromley has one sack and Jameer Thurman has one interception.

The Dallas Renegades have been sloppy on both sides of the ball more times than not, as the offense can't take care of the football and the defense can't get off the field. The DC Defenders have been dominant at home this season and need to take advantage of games like this if they're going to spectate themselves in what has become a highly competitive east division. I just haven't been all that impressed with the Dallas Renegades through five games. Give me the DC Defenders and the reasonable number.