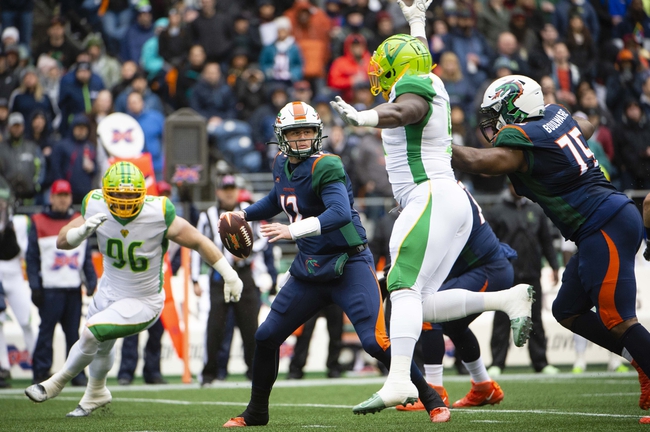 The Los Angeles Wildcats haven't proven to be consistent enough to be laying chalk on the road, especially against a desperate team such as the Seattle Dragons who need a victory if they're going to save their season. I'm leaning toward the over in this contest, as these are two of the worst defensive teams in the league. The Los Angeles Wildcats were just in a game where there was a combined 75 points, and the Seattle Dragons have given up no less than 23 points in four of their first five games. This has the potential to be a high scoring contest. Give me the over 44.5 points.