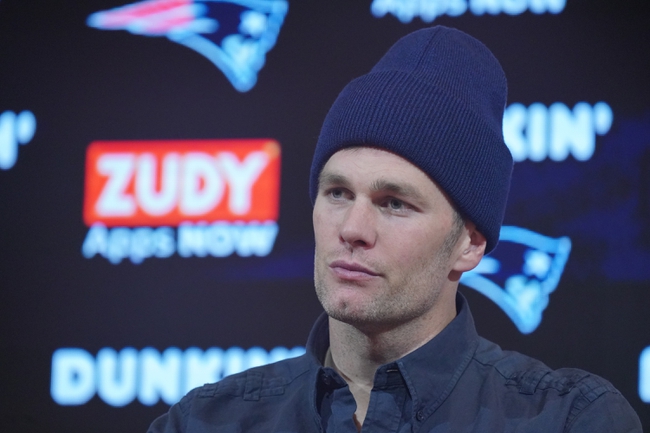 With the Tennessee Titans signing Ryan Tannehill to a $118 million contract extension, it looks like Tom Brady is deciding between the New England Patriots and Tampa Bay Buccaneers on where he’ll play football in 2020. You can never rule out a potential wild card team or even the home team Los Angeles Chargers, but the smart money is on the Pats and Bucs.

In fact, the Patriots are currently priced at +110 and the Buccaneers are priced at +150 if you’re looking for something to bet on while nearly every sport across the globe is shutdown due to the coronavirus.

If I was advising Brady on where to play, I would suggest staying in New England. Brady knows the system, is comfortable with the coaches and plays in an AFC East that he’s owned for nearly two decades. Entering a season at 43 years old isn’t when you want to jump ship to a completely new franchise and have to learn everything on the fly. Brady doesn’t have time to feel things out and doesn’t have a five-year plan where he can be patient. This upcoming season could be Brady’s last, so he should want to make it count and staying with what’s worked all these years is probably the best option.

However, if Brady staying in New England was such a slam dunk, it probably would have happened already. Brady wouldn’t be a free agent for the first time in his career. We wouldn’t be in the middle of March asking where the GOAT is going to play this season. There’s also been rumblings these last couple of years that suggest the relationships between Brady, Bill Belichick and Robert Kraft have been a bit rocky. All of this can’t be a coincidence.

That’s why I’m leaning toward betting on Brady taking his talents to the Tampa Bay Buccaneers.

The Bucs have better offensive weapons than the Patriots in Chris Godwin, Mike Evans and OJ Howard. We saw countless times Brady get frustrated because guys couldn't get open and he was forced to throw the ball into the ground. That will be less of an issue when those three receivers can shake man coverage. The Buccaneers also have the fourth most cap space in the league to add to that roster if needed. Only the Buffalo Bills, Indianapolis Colts and Miami Dolphins have more money to spend this offseason. There’s rumors floating around that Brady wants to have say in roster decisions, and the Bucs have the money that allows input. There’s also the weather factor, as Florida is full of old people who get sick of the freezing cold and retire in the Sunshine State.

Another thing that should be considered is that Super Bowl LV is in Tampa Bay. No team has ever hosted the Super Bowl at its own stadium. We all know how Brady is wired and how he’s always out to prove himself even if most already consider him the best quarterback of all time. Tampa Bay allows Brady to not only prove he can win without Belichick on the sidelines, but he can make history again by putting the Bucs in the Super Bowl at Raymond James Stadium come February.