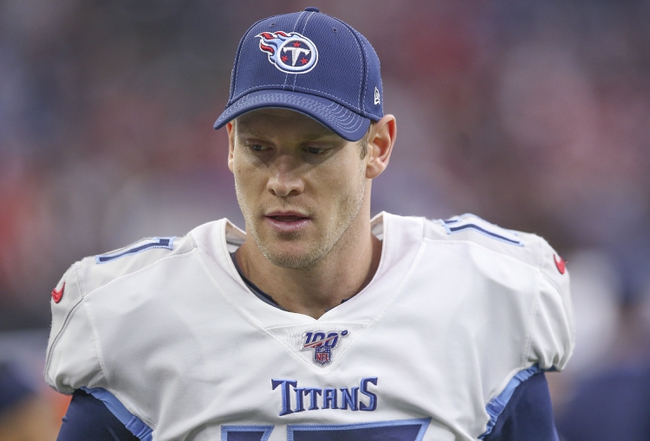 Ryan Tannehill is coming off his best season yet in which he led the Tennessee Titans to a 7-3 record and the AFC Championship Game while throwing for 2,742 yards and 22 touchdowns and completing 70.3 percent of his passes. So, the Titans pulled the plug on Marcus Mariota and gave Tannehill a four-year contract worth $118 million with $62 million guaranteed. Tannehill has the first two years of his contract fully guaranteed. Yeah, he’s paid.

I’m very familiar with Tannehill given that I’m a suffering Miami Dolphins fan and had to sit through those six years of mediocrity and a 42-46 record with him as a starter.

Tannehill has always been a hit or miss quarterback, but those hits are enough to trick you into thinking he can be a franchise option under center. When Tannehill has time to sit back in the pocket, he can throw a pretty football and put up impressive numbers in the process. People forget during the 2014-15 seasons with the Dolphins, Tannehill combined for 8,253 passing yards and 51 touchdowns while completing 64.2 percent of his passes. You can win with those numbers.

Tannehill has a great offensive line in Tennessee and a workhorse of a running back in Derrick Henry. He doesn’t have to throw the ball 40 times a game and carry the offense on his back. Tannehill rides an effective running game, works play-action and takes his shots when the defense crowds the box. This is a nice spot for Tannehill to thrive.

With that said, a 10-game regular season and three playoff games isn’t enough for me to fall in love with Tannehill all over again. It certainly isn’t enough for me to give him elite quarterback money. For all we know, last year was one of those hot steaks we’ve seen before, and Tannehill will go back to being the inconsistent quarterback he’s been for most of his career. While the playoff success was fun, Tannehill did throw for just 369 yards in three games. That's not putting the Titans over the top.

Tannehill is a game manager more than anything. He’s not somebody who is willing his team to victory, and he’s hard to trust when the offense gets behind the chains. Tannehill currently has the ninth largest contract among active quarterbacks, and his average salary of $29,500,000 is larger than players such as Jimmy Garoppolo, Kirk Cousins, Drew Brees and Matthew Stafford. It’s hard to argue Tannehill is better than any of those options.

I doubt Tom Brady was going to Tennessee and it’s always important to keep productive quarterbacks on the roster simply because it’s a tough position to find talent. I get it. Playable quarterbacks don’t grow on trees. However, this price is simply insane and I’m not sure the Titans are going to get a return on their investment.

The pick in this article is the opinion of the writer, not a Sports Chat Place site consensus.
Previous Pick
Tom Brady NFL Free Agency: Betting Odds, Prediction, Tampa Bay Or New England
Next Pick
What Are The Longest NFL Losing Streaks?