What Are The Longest NFL Losing Streaks? 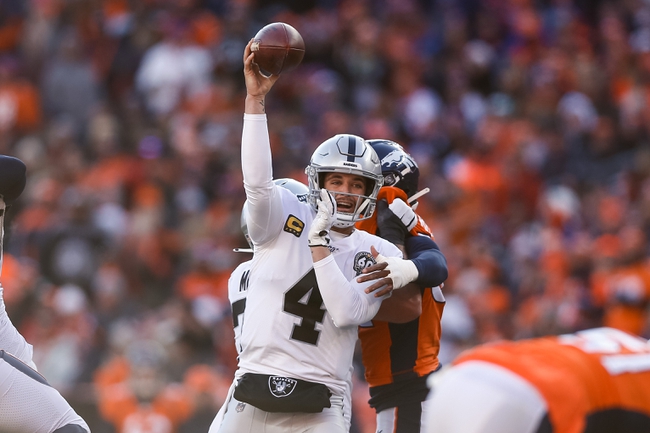 Losing streaks in the NFL happen and while any team can win on any given Sunday, for some teams it seems they have fought an uphill battle. While the NFL has done a lot to create parity, like salary caps and the draft, some teams still seem to need even more help than that.

Here are the Longest Losing Streaks in NFL History in the Super Bowl era:

26 games - Tampa Bay Buccaneers (1976-77) - The Buccaneers didn’t get their first win as a franchise until their second year of existence and for most of the season it looked like the had a chance to go back-to-back winless. Once the Bucs cracked the seal and got a win, they followed it up with another win.

19 games - Detroit Lions (2007-09) - The Lions framed their winless 0-16 2008 season with losses on both sides keeping this streak alive through three seasons. The Lions finally got a win in 2009, one of only two wins they had that entire season.

17 Games - Houston Oilers (1982-83) - The Oilers make the list for a .second time and while there will be a few others further down the list, no one has been able to repeat ineptitude at this level. The Oilers became the Tennessee Titans so they won’t be on this list for a third time.

17 Games - St. Louis Rams (2008-09) - It was either feast or famine for the Rams while they were in St. Louis as they brought us “The Greatest Show on Turf”, they also seemed to be drafting near the top on a regular basis.

17 Games - Cleveland Browns (2015-16) - The Cleveland fans were without the Browns and they were spared the heartache that comes with being a Browns fan for that time but they Browns more than made up for going 3-13 in 2015 and following it up with a 1-15 record in 2016.

17 Games - Cleveland Browns (2016-2017) - While the Browns win in 2016 ended one losing streak, the following game marked the start of another that carried into 2017 where the Browns experienced perfection going 0-16.

16 Games - Oakland Raiders (2013-14) - The Raiders are on most winning streak and overall winning percentage lists for the regular and post season but this Raiders team was about as bad as this proud franchise and Raider nation ever had to experience.

15 Games - Carolina Panthers (2001) -The Panthers opened 2001 with a win and then went on to lose their next 15 games. Ironically, the Panthers also opened 2002 with a win that ended this losing streak.

The pick in this article is the opinion of the writer, not a Sports Chat Place site consensus.
Previous Pick
Tennessee Titans Resign Ryan Tannehill: Grading Quarterbacks New Contract
Next Pick
Which Quarterbacks Have Thrown The Most Interceptions In NFL History?