Who Has Thrown The Most Interceptions In a NFL Season? 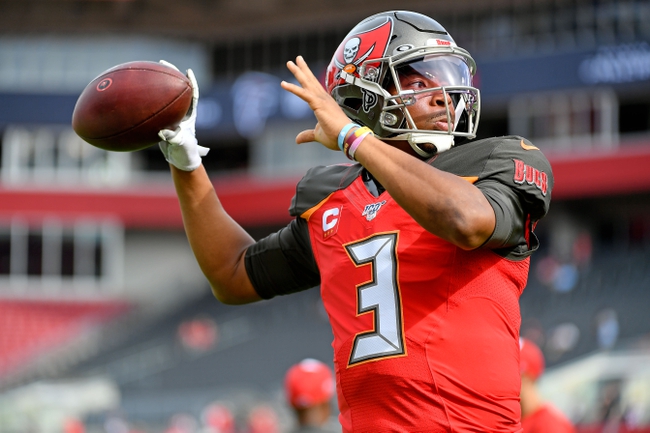 Most Interceptions Thrown In One Season In NFL History

Every quarterback is going to throw interceptions from time to time, but there are some seasons that are absolutely forgettable where the quarterback just can’t stop turning the ball over to the other team. It’s frustrating as a fan watching a QB throw pick after pick after…

Here are the worst seasons in NFL history when it comes to interceptions thrown.

1. George Blanda, Houston Oilers, 42, 1962 - George Blanda holds the record with 42 interceptions, a year when he threw a pick on 10 percent of his passes. This was during a stretch between 1962-65 when Blanda threw 124 interceptions on 1,788 pass attempts, leading the league in interceptions each year.

4. Fran Tarkenton, Minnesota Vikings, 32, 1978 - This was the last season Fran Tarkenton played, and he set career highs in pass attempts (572), passing yards (3,468) and interceptions. Tarkenton was letting it fly in his last go around and it led to six games of three or more interceptions.

7. George Blanda, Houston Oilers, 30, 1965 - You had to take the good with the bad when it came to George Blanda, and he was no stranger to throwing interceptions. This season, Blanda had at least one pick in 12 of the 14 games and had a five-game stretch where he had 11 passing touchdowns and 15 interceptions.

7. Al Dorow, New York Titans, 30, 1961 - Al Dorow led the league in pass attempts (438), pass completions (197) and interceptions. Dorow had eight games this season when he threw at least three interceptions and just two games in a 14-game schedule where he didn’t turn the ball over.

7. Jim Hart, St. Louis Cardinals, 30, 1967 - Jim Hart was basically a rookie this season, as he had just 11 pass attempts the previous year in 1966. Hart threw an interception on 7.6 percent of his passes and finished the final eight games averaging at least two interceptions.

7. Ken Stabler, Oakland Raiders, 30, 1978 - Ken Stabler didn’t even lead the league in interceptions this season, as Fran Tarkenton and his 32 picks took the cake. Still, Stabler had seven games of a 16-game schedule where he threw at least three interceptions, and he threw five picks in a big late-season loss to the Miami Dolphins.

7. Jameis Winston, Tampa Bay Buccaneers, 30, 2019 - Jameis Winston threw at least two interceptions in nine different games this season and had five picks in a loss to the Carolina Panthers. Winston finishes his career with the Buccaneers with the most pass attempts (2,548) in franchise history and the second-most interceptions (88).

The pick in this article is the opinion of the writer, not a Sports Chat Place site consensus.
Previous Pick
Which Quarterbacks Have Thrown The Most Interceptions In NFL History?
Next Pick
Who Has The Most Combined Tackles In NFL History?