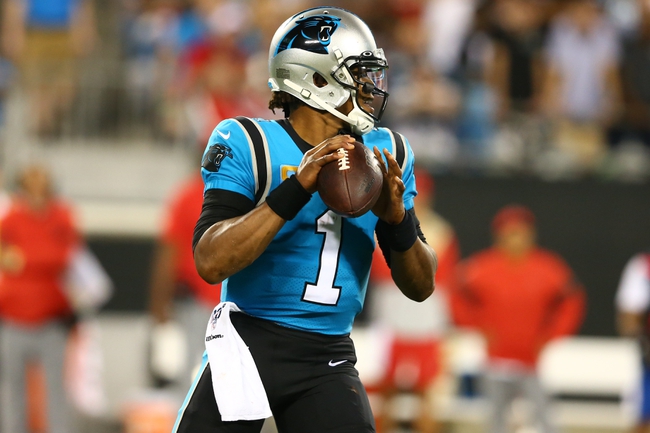 The Carolina Panthers signed Teddy Bridgewater to a three-year deal worth $63 million and have given Cam Newton permission to seek a trade. A former No. 1 overall pick and three-time Pro Bowler, Newton played just two games last year and hasn’t been great the last three seasons, but he could still provide value to a team that needs a starting quarterback. As he approaches just 31 years old, there is still time for a potential turnaround.

Here are five teams that should look to make a trade for Newton.

New England Patriots - The New England Patriots just lost their quarterback when some guy named Tom Brady left for the Tampa Bay Buccaneers. If the season started tomorrow, the Pats would roll out either Jarrett Stidham or Cody Kessler as their starting quarterback. Yikes. Newton doesn’t the have the skillset the Patriots are used to, but he could certainly help things from falling completely apart in Foxborough.

Los Angeles Chargers - The Los Angeles Chargers are another team that needs a starting quarterback, as longtime starter Philip Rivers left for the Indianapolis Colts. This would be a good spot for Newton when you consider the weapons he’d have in Keenan Allen, Hunter Henry and Austin Ekeler. If Newton was going to turn things around, it would probably be here, as you can argue this would be the most help he’s had possibly ever. Also, the Chargers have a new stadium they’re opening up and need those seats to be filled. Newton could help.

Chicago Bears - It’s quite clear Mitchell Trubisky isn’t an NFL starting quarterback, and the time is running out in terms of a potential Super Bowl window being open in the Windy City. The Bears have underrated offensive weapons and a great defense, they just need a quarterback to piece things together. Newton is a better version of Trubisky with a similar dual-threat style. This would be an easy transition for Newton and an instant upgrade for the Bears.

Pittsburgh Steelers - The Pittsburgh Steelers have their quarterback in Ben Roethlisberger, assuming he can stay healthy, but he is 38 years old, has spoke on retirement numerous times and can’t stay healthy. Heck, Roethlisberger just had elbow surgery last month and needs two to three months to recover. Newton would provide the Steelers with a security blanket that Devlin Hodges and Mason Rudolph don’t, and he could also be the eventual starter if Roethlisberger gets hurt again or finally retires like he’s said he’s wanted to the last few years.

The pick in this article is the opinion of the writer, not a Sports Chat Place site consensus.
Previous Pick
Who Has The Most Interceptions In NFL History?
Next Pick
What are the top 10 highest scoring NFL games in history?