What are the top 10 highest scoring NFL games in history? 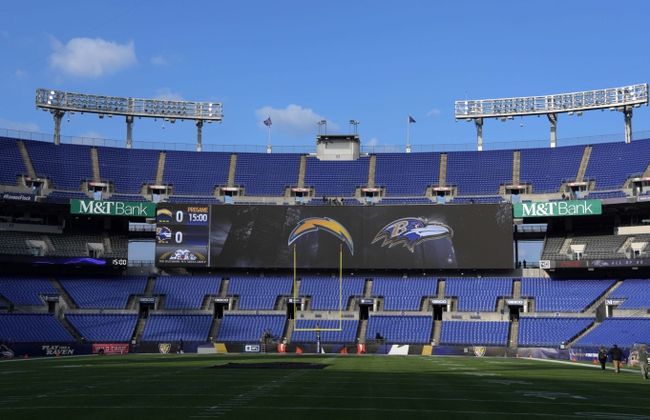 The landscape of the NFL has shifted towards an offensive league, where the only thing faster than the players on the field is how fast the points are put on the board. Let’s take a look back at the top 10 highest scoring games in NFL History.

#1: 113 points, Washington Redskins 72, New York Giants 41, November 27th, 1966 – This game was one of the highlights for the Redskins and the lowlights for a New York Giants team that went a futile 1-12-1 in the 1966 season. A.D. Whitfield has a pair of 1st quarter touchdowns to set the tone as the Redskins led 34-14 at the half. Sonny Jurgensen threw for 3 touchdowns and Washington’s defense/special teams recorded 3 TDs as well in the win. Washington’s 72 points also rank as the most in a regular season game in NFL history.

#2: 106 points, Cincinnati Bengals 58, Cleveland Browns 48, November 28th, 2004 – This wasn’t your typical AFC North division rivalry game. There wasn’t a lot of defense and it was far from low-scoring. The two sides traded blows early on, but the Bengals would start to pull away over the 2nd and 3rd quarters, leading by 14 points on 3 different occasions. However, Cleveland would battle back and even take the lead early in the 4th, but Cincinnati would pull ahead for good with 6:29 to go and iced the win with a pick-six in the last two minutes. Rudi Johnson was also probably best known for this game where he rushed for 202 yards and a pair of touchdowns on 26 carries.

#3: 105 points, Los Angeles Rams 54, Kansas City Chiefs 51, November 19th, 2018 – Who could forget the most recent game on this list, as this installment of Monday night football was pegged to be a potential Super Bowl preview and it did not disappoint. Both starting QBs, Jared Goff for the Rams and Patrick Mahomes for KC threw for 400+ yards and 4 TDs, with Mahomes tossing for 478, 6 touchdowns and 3 picks. Tyreek Hill had 10 grabs for 215 yards for the Chiefs and Travis Kelce had 10 catches of his own for 127 yards while the Rams had a pair of defensive TDs from Samson Ebukam and a 40-yard TD grab from Gerald Everett would be the difference as the Rams pulled out the win.

#4: 101 points, New Orleans Saints 52, New York Giants 49, November 1st, 2015 – Here come the Giants for the 2nd time so far on the list, as the G-Men and the Saints went toe-to-toe on a Sunday afternoon in the Bayou. Eli Manning threw for 350 yards and 6 touchdowns with no picks on an efficient 30 of 41 passing, only to be outdone by Drew Brees, doing what Drew Brees does, completing 39 of 50 passes for 505 yards and 7 touchdowns. The two sides traded blows throughout with the Giants taking the lead 49-42 midway through the 4th, but New Orleans scored 10 points in the last :36 to steal a win from Big Blue.

(Tie) #5: 99 points, Seattle Seahawks 51, Kansas City Chiefs 48 OT, November 27th, 1983 – Like the Giants, the  Chiefs appear on the list for the 2nd time in a losing effort in a game that the Chiefs appeared to have in hand by halftime, but like Herm Edwards said, you play to win the game. Seattle battled back to take the lead in the 3rd and the two traded blows, eventually forcing overtime where Norm Johnson kicked a 42-yard field goal to give the Seahawks the win. The loss was part of a four-game losing streak that ended their season while the Seahawks eventually finished 9-7 and made it all the way to the conference championship before bowing out to the Raiders.

(Tie) #5: 99 points, Denver Broncos 51, Dallas Cowboys 48, October 6th, 2013 – This game was part of the prolific offensive season for the 2013 Denver Broncos, a season that saw Denver scored the most points in a single season and become the lone team to ever crack the 600-point mark by logging 606 points that year. It was the 2nd of 3 50-point games for the Broncos that year and 4th of 6 where Denver had at least 40 in a game. Peyton Manning threw for 414 yards, 4 touchdowns and an interception while Tony Romo threw for 506 yards, 5 touchdowns and a pick on an efficient 25 of 36 passing.

#7: 98 points, San Diego Chargers 54, Pittsburgh Steelers 44, December 8th, 1985 – This was one of the darker days for Steeler nation, as it began the stretch of four straight seasons without playoff football in the Steel City as the Steelers felt different on defense, and not in a good way. Pittsburgh gave up 34 points to the Chargers by halftime, and while Pittsburgh did battle back, it wasn’t enough as David Woodley threw a pick-six to ice the win for the Chargers late in the 4th.

(Tie) #8: 96 points, New York Jets 51, Miami Dolphins 45 OT, September 21st, 1986 – This game got off to somewhat of a slow start, sitting at 7-3 Miami after the 1st, but next thing you know, it’s 31-21 New York at the half as the Jets outscore the Dolphins 28-3 in the 2nd thanks to a pair of touchdowns from both Johnny Hector and Wesley Walker. The 3rd Q saw Miami score 17 unanswered to take the lead but Walker would score the game tying touchdown in the 4th and the game-winning TD, his 4th score of the game in overtime.

(Tie) #8: 96 points, Cleveland Browns 51, Cincinnati Bengals 45, September 16th, 2007 – I know, I had to do a double take as well to make sure I read that right because I didn’t know the Cleveland Browns knew how to score 51 points to begin with. Cincinnati scoring 45 was a bit of a stunner as well, but not as much as the Browns breaking the half-century mark. I guess it kind of makes sense though as it’s been the only double-digit win season the Browns have had since rejoining the NFL in 1999 (Yuck.).

(Tie) #8: 96 points, Arizona Cardinals 51, Green Bay Packers 45 OT, January 10th, 2010 – Our 3rd 96-point game, our 3rd 51-45 game and our 3rd overtime game of this list. But it’s our first playoff game as Kurt Warner went out with a bang in what would be his final postseason, finishing the Wild Card game with 379 yards and 5 touchdowns on an extremely efficient 29 of 33 passing. The Cardinals went up early and often, at one point leading 17-0 after the 1st and 31-10 early in the 3rd. Aaron Rodgers would help the Pack storm back to tie the game at 38 and would tie it again at 45 late in the 4th, but Rodgers would fumble the ball early in overtime, with Karlos Dansby returning it 17 yards for the win in one of the wildest Wild Card games in NFL history

The pick in this article is the opinion of the writer, not a Sports Chat Place site consensus.
Previous Pick
Cam Newton Trade Rumors: 5 Potential Teams For Star Quarterback
Next Pick
Who Are the NFL Players with the Most Interceptions in a Season?