What are the Top Ten Largest NFL Stadiums? 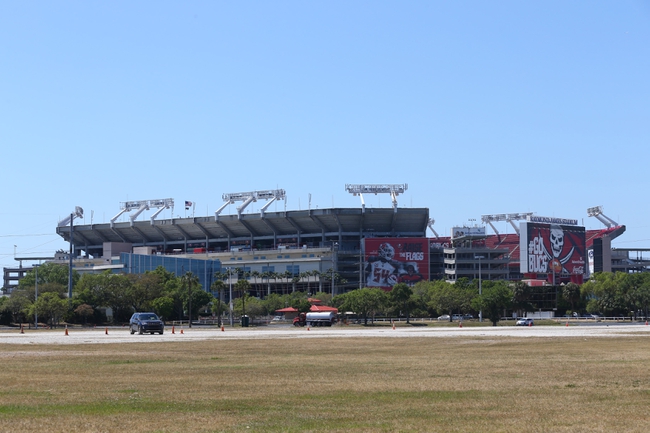 Ever wondered which stadiums in the NFL were the largest in terms of capacity? Today, let's discuss the top ten largest NFL Stadiums. Get free NFL Picks and NFL Predictions for every game all season long at Sports Chat Place.

The home of the New York Giants and New York Jets, MetLife Stadium, after 2018 renovations, is now the largest stadium in the NFL. Despite its location not even being in the state of New York, Giants and Jets fans have come to love this historic and fan-friendly stadium.

FedExField, home of the Washington Redskins, is only a measly 500 seats short of being the largest stadium in the league. This stadium can seriously bring the noise, as any season where the Redskins are competitive, the crowd will let you hear it.

The historic Lambeau Field checks in at number three on this list. Just because it may be behind two other stadiums, that does not mean Lambeau does not get as loud, if not louder than any stadium in the league. The Packers love to call this place home for many reasons, including the renowned Lambeau Leap.

The Dallas Cowboys’ AT&T Stadium is number four on our list. AT&T Stadium is the largest stadium with a retractable roof in the league. Dallas surely feels its home-field advantage whenever they play at this great stadium.

The beautiful Los Angeles Memorial Coliseum comes in at number on this list. The Rams’ prized possession has been a great addition to the NFL Stadiums out there. With just over 77,000 seats, the Rams usually put out great crowds for home games.

One of the loudest stadiums in the league, the Chiefs’ Arrowhead is one of the toughest places to play in all professional sports. Arrowhead was put to good use in KC’s Super Bowl run this season.

Another tough place to play, mostly because of the intense altitude, Mile High Stadium is one of the largest in the league and second largest in the AFC West.

Home of the Carolina Panthers, many may not think that Bank of America Stadium would be amongst the largest in the league, but Charlotte knows how to go big and bright.

The Superdome in the Big Easy is one of the most well-known and loved stadiums throughout the USA. The Saints love to call the Dome there home almost as much as their loyal fans do. Who Dat?!

Being an indoor stadium, noise travels quite well for the Texans at NRG Stadium, which holds more than 70,000 screaming fans. Built in 2002 and renamed in 2014, this stadium is a great addition to the AFC South.