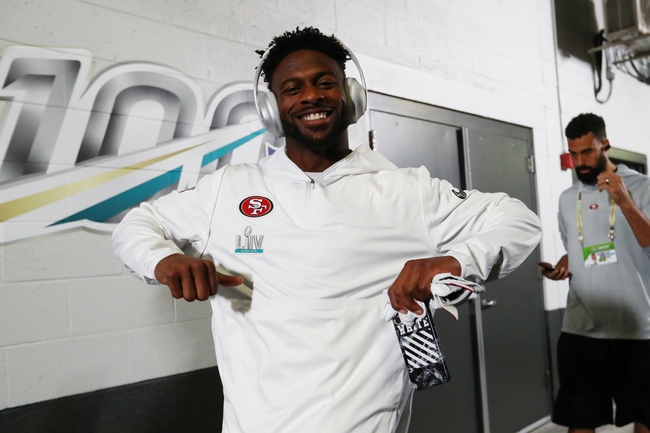 What Does The Emmanuel Sanders Signing Do For The Saints?

Let’s just cut to the chase and say that the New Orleans Saints hit a home run with the signing of wide receiver Emmanuel Sanders, who leaves the San Francisco 49ers for a two-year deal worth $16 million. The Saints have been trying to find a No. 2 receiver alongside of Michael Thomas forever, and that includes taking a chance on Dez Bryant and even working out the troublesome Antonio Brown. Tre'Quan Smith hasn't exactly worked out and the Saints don't have time to wait for the youngster to breakout with Drew Brees not getting any younger.

The Saints finally got their guy, and you should be taking a strong look at the Saints and their Super Bowl odds of +1600. (BetOnline)

Sanders may be getting up there in age at 33 years old and is just one year removed from a nasty injury, but he’s coming off a strong season where he had 66 receptions, 869 yards and five touchdowns. Sanders caught 68 percent of his targets, which was the third highest percentage of his career, and his average of nine yards per target was the second highest of his career. Sanders was doing all of this often as the No. 1 threat on the outside, and he had similar numbers as Deebo Samuel despite five less games and 28 less targets.

Now, Samuel will have far more favorable matchups with Thomas stealing so much attention and Ted Ginn opening up the field with his straight line speed. We also can’t forget that Alvin Kamara is one of the better receiving running backs in the league, so he’s going to take linebackers with him, opening up the middle of the field even more for Samuel. Jared Cook is also still putting up numbers at tight end and actually just set a career-high with nine touchdown receptions. With all of these weapons around him, we should see Sanders be as effective as he was with the Denver Broncos when he had Demaryius Thomas and Julius Thomas on his side.

This addition just made the Saints offense that much scarier and you can argue it’s the best signing yet for a team that had legit Super Bowl hopes heading into the 2020-21 season. This is a big, big move.

The Saints should be a team you have in your future bets portfolio.

The pick in this article is the opinion of the writer, not a Sports Chat Place site consensus.
Previous Pick
Who Are The NFL Players With the Most Touchdown Catches All Time?
Next Pick
Who Has The Most NFL Career Rushing Touchdowns?