Who Has The Most Solo Tackles In A NFL Game? 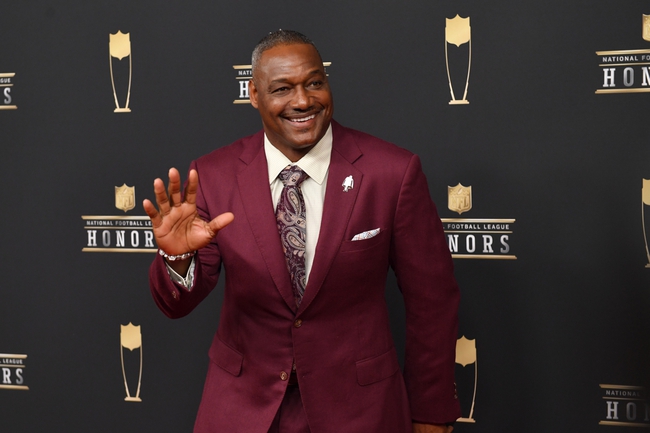 The Most Solo Tackles In A NFL Game

It’s tough to put tackle records together knowing that many players played entire careers without tackles being recorded. Who knows what these lists would look like if players from the 70s and 80s had their tackle numbers jotted down. Still, there’s some impressive performances in terms of the solo tackle. Get Free NFL Picks and NFL Predictions for every game all season long at Sports Chat Place.

Here are the most solo tackles in an NFL game in league history. Well, at least since 1994 when solo tackles became an official stat.

1. David Harris, 20, 2007 - David Harris did everything he could do to help his New York Jets win, but the Washington Redskins won in overtime on a field goal from Shaun Suisham.

2. Derrick Brooks, 19, 2000 - Derrick Brooks led the Tampa Bay Buccaneers to a comfortable win over the Buffalo Bills, as 19 of his 20 total tackles were solo and he had a forced fumble.

3. Jessie Armstead, 17, 2002 - Jessie Armstead was one of the best players on the field and two of his 17 tackles were tackles for loss, but his Washington Redskins lost at home to the San Francisco 49ers on this day.

3. Patrick Willis, 17, 2007 - Patrick Willis had six of his 17 tackles in the first quarter, but his 49ers still lost at home to the Carolina Panthers. This was an awful, awful game from Trent Dilfer.

3. Donnie Edwards, 17, 2005 - Donnie Edwards had 17 solo tackles and a sack, but the San Diego Chargers still got crushed at home by Dick Vermeil and the Kansas City Chiefs.

3. Micheal Barrow, 17, 2005 - Micheal Barrow had 17 solo tackles and two tackles for loss, as he was a key in the New York Giants hanging around, but the Dallas Cowboys still stole the game at home in overtime.

3. Patrick Willis, 17, 2007 - This was a big year for Patrick Willis, as he led the NFL in solo and combined tackles as a rookie. This particular day, Willis had a pass deflection, 17 solo tackles and a tackle for loss, helping the 49ers beat the Arizona Cardinals.