Who Has The Most Solo Tackles In A NFL Season? 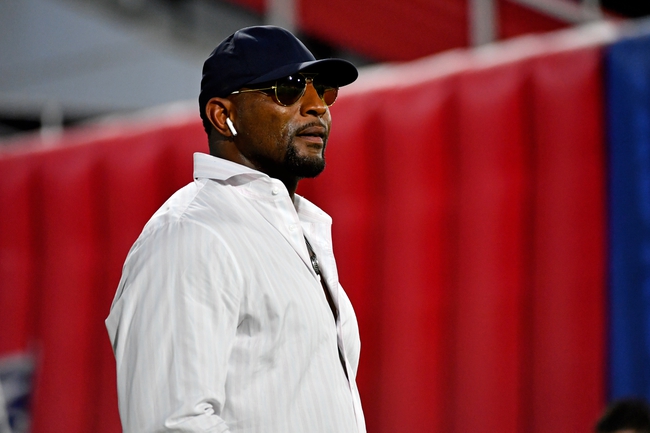 The Most Solo Tackles In A NFL Season

Defensive players are often judged by a lot of things, but tackles are one of the easier and most basic stats to look at. The guys with the most tackles are usually the linebackers because they play the middle of the field and are allowed to roam free. Since 1994, when solo tackles where officially recorded, there’s only 147 times a player has had 100 or more solo tackles. Get Free NFL Picks and NFL Predictions for every game all season long at Sports Chat Place.

Here are the best individual solo tackle seasons in NFL history. Or at least when people started to take note.

2. Patrick Willis, 136, 2007 - Patrick Willis put up this number as a rookie out of Mississippi and led the league with 174 combined tackles. In his first three seasons from 2007 to 2009,Willis produced 359 solo tackles. Despite retiring early, Willis and his 733 solo tackles is a San Francisco 49ers franchise record.

3. Ray Lewis, 130, 1999 -  This was his second time in his first four years that Lewis led the league in solo and combined tackles. Few played the middle of the field and had the instincts that Lewis brought.

4. Jonathan Vilma, 128, 2005 - In just his second season with the New York Jets, Jonathan Vilma led the NFL in solo and combined tackles. This was the only time in a 10-year career that Vilma had 100-plus solo tackles on the season.

5. Keith Brooking, 126, 2003 - Keith Brooking was quickly making a name for himself at the linebacker position, and this was part of a three-year stretch from 2001 to 2003 when he had 339 solo tackles. A five-time Pro Bowler, Brooking and his 888 solo tackles are the third most in Atlanta Falcons history.

5. DeMeco Ryans, 126, 2006 - DeMeco Ryans led the league in solo tackles this season as a rookie out of Alabama and finished second in the Defensive Rookie of the Year Award behind Zach Thomas. Ryans topped 100 tackles twice in his 10-year career.

7. Donnie Edwards, 124, 2003 - Donnie Edwards didn’t lead the league in solo tackles this season due to what Brooking did with the Falcons, and he actually never led the league in tackles despite a 13-year career. Edwards had 100 or more tackles five different seasons.

7. Junior Seau, 124, 1994 - Junior Seau played four seasons before people started to jot down how many tackles he had. The first year the stat became official was when Seau had his highest solo tackle season of his career. Seau and his 1,287 solo tackles are a San Diego / Los Angeles Chargers franchise record.

7. Chris Spielman, 124, 1994 - Chris Spielman is another player who had the most tackles of his career the first season the stat became official, as he played six seasons before tackles became a thing. Spielman averaged 93.8 solo tackles in the final four seasons of his career.

The pick in this article is the opinion of the writer, not a Sports Chat Place site consensus.
Previous Pick
Will The Miami Dolphins Trade For LSU Quarterback Joe Burrow?
Next Pick
Who Has The Most Solo Tackles In A NFL Game?