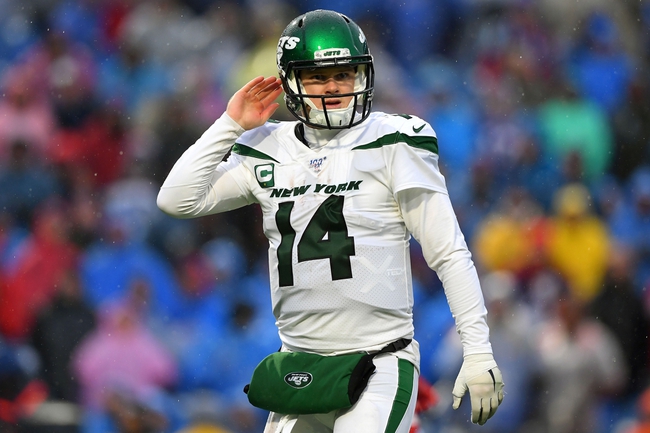 Heading into the New York Jets’ 2020 NFL season, the team has some work to do in order to regain relevance in the division—let alone the conference. The Jets went 7-9 in 2019 for another disappointing campaign, but the good news is that the team showed some signs of life later in the year, winning six of their last eight games. New York needs to finish at least .500 this season to show any sign of improvement record-wise, and that may be a tall order. Get Free NFL Picks and NFL Predictions for every game all season long at Sports Chat Place.

Subtractions: One notable trade that occurred during the offseason was the Jets offloading defensive end Leonard Williams. Though he showed some signs of becoming a breakout player, Williams was hampered by performance and behavior issues on the field over the last few years. New York got a third-round pick in 2020 and a conditional fifth-rounder in 2021, sending Williams over to their city- and stadium-mates the Giants.

Another notable absence from the Jets this season will be wide receiver Robby Anderson, who signed a two-year deal with Carolina. Anderson was New York’s deep threat and posted 18 touchdowns over the last three seasons, but he never had a 1,000-yard campaign in his four-year Jets career.

Additions: New York will attempt to fill the hole left by Anderson with Breshad Perriman, whom they signed on a one-year deal. Perriman is a speedster who can stretch the defense, but he’s not quite as explosive as Anderson. Still, the veteran presence Perriman brings will make him a valuable asset to the team, and he should get a ton of snaps.

The Jets have also done some work to their offensive line this offseason. The big name here is Connor McGovern, who will take over at center on a three-year, $27 million contract. McGovern is pretty universally regarded as a nice signing, as he’s a versatile and smart player.

New York also dropped $30 million on blindside tackle George Fant who came in on free agency after playing with Seattle. The upside there is big, but Fant hasn’t started a full season in the NFL yet, and blew out his ACL a few years back.

Also of note is former Panther Greg Van Roten, who will probably start at guard this season on the retooled offensive line.

Overall: If all goes according to plan, Jets quarterback Sam Darnold should be pretty well-protected with this new line. Keeping Darnold upright long enough to read defenses and make correct decisions will go a long way toward winning games, but New York is still in need of electric playmakers on offense. Look for the team to address those issues in the draft.

Defensively, the Jets weren’t too bad last year all things considered; that group was probably the best thing about their entire team. New York’s D held the Steelers to 10 points and the Bills to just six in the final two games of the season, winning both.

The AFC East should be a little more competitive this year now that Tom Brady is gone, but even considering that a winning divisional record is pretty optimistic for New York. There are some other tough games on the schedule as well, including the 49ers, Seahawks and Chiefs. Still, I like New York to flirt with a .500 record this year and eke out the over on their win total.