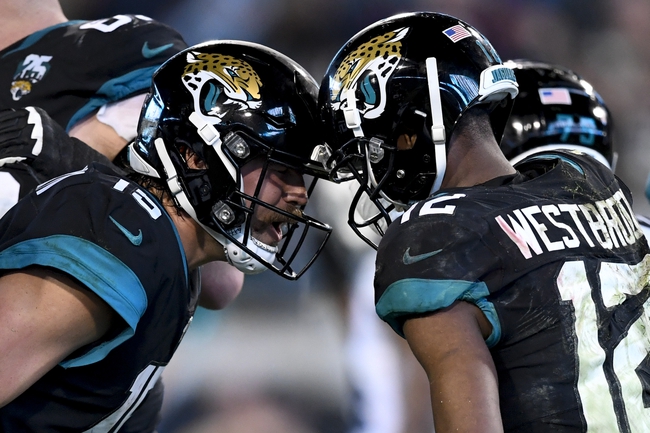 The Jacksonville Jaguars had another disappointing NFL season in 2019, finishing just 6-10 and in last place in the AFC South. The Jaguars have done some offseason retooling however, and in 2020 they’ll try to regain some relevance in a pretty wide-open division. Get Free NFL Picks and NFL Predictions for every game all season long at Sports Chat Place.

Subtractions: A few Jaguars players from the 2019 squad have departed via free agency, a lot of them on one-year deals elsewhere. That list includes left tackle Cedric Ogbuehi, guard Tyler Shatley and tight ends Nick O’Leary and Seth Devalve.

Additions: The big-dollar free agency pickup for Jacksonville this offseason as the team attempts to rebuild their defense is inside linebacker Joe Schobert, who comes in from Cleveland on a five-year, $53 million-plus deal. Schobert has been in the league since 2016 and has put up some pretty solid and consistent performances. Jacksonville is hoping for big things there.

Defense-wise, the Jaguars also signed defensive end Rodney Gunter to a three-year deal ($18 million) and picked up DT Al Woods for a year at $2.5 million. Gunter is coming off a toe injury and has 126 total tackles with 11.0 sacks and two forced fumbles in his NFL career.

Jacksonville also signed tight end Tyler Eifert on a two-year, $9.5 million contract this offseason. The Eifert deal is a pretty high-upside signing. He played in all 16 games for the Bengals last year, notching 43 receptions for 436 yards and three touchdowns. That said, due to injury issues Eifert only has four touchdowns in his last three years (22 games).

Overall: The Jaguars defense looks a lot different than it did just a few years ago, and it’s looking like that squad is in for a tough season. The good news is that Jacksonville has a lot of draft assets, so look for some wheeling and dealing (as well as a large draft haul) as we get closer to the summer.

Another bright spot in Jacksonville is the young talent they have on offense. Quarterback Gardner Minshew’s rookie campaign went pretty well all things considered; he finished with 3,271 yards, 21 touchdowns and six interceptions in 14 games played last year. Running back Leonard Fournette is also a very potent and versatile weapon. He managed 1,152 rush yards and 522 receiving yards on 76 catches in 2019, and should be in for another good statistical year.

All of that said, Jacksonville (and the whole AFC South) has a pretty stout schedule this year. The Jaguars will have to go through the Ravens, Packers, Vikings and Steelers since they’ll be playing the AFC and NFC North Divisions this season. Though I think the Jaguars will probably be competitive in their own divisional games in 2020, with all those question marks on the defensive side it’s hard to pick them for more than five or six victories. I’m going with the under on the win total here.