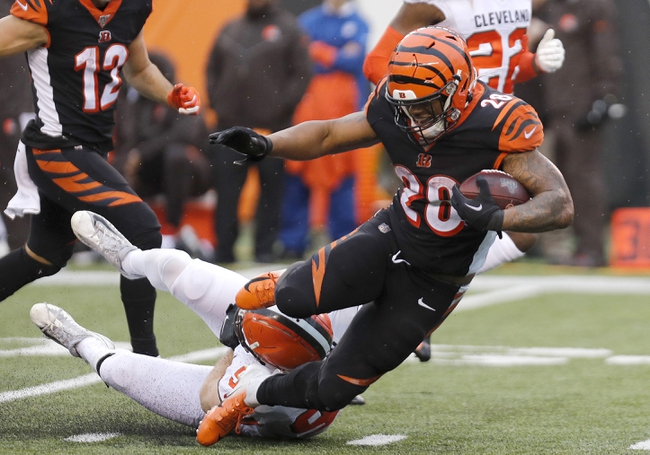 The Cincinnati Bengals come into the 2020 season looking to put the 2019 campaign in the rear-view after equalling the worst record in a single season in franchise history, finishing the regular season at 2-14 and earning the top pick in the 2020 NFL draft. Ironically, 2-14 records bookended Marvin Lewis’ tenure with Cincinnati, as the Bengals finished 2-14 in 2002, the season before Lewis was hired and this year, the season after Lewis was fired and replaced by first-year head coach Zac Taylor.

Additions: The general assumption by many is that the Bengals are going to keep the #1 pick and draft LSU QB Joe Burrow 1st overall to be the new face of the franchise at quarterback for the Bengals for years to come, but the Bengals also made a splash already by signing D.J. Reader to bolster their defensive line after Reader posted career-highs of 2.5 sacks and 52 total tackles last season. Cincinnati also added Vonn Bell to the secondary after posting 89 tackles for the 2nd straight year including a career-high 66 solo tackles while logging his first career interception last season.

Subtractions: Although it hasn’t been finalized, many expect Cincinnati to move on from long-time starting QB Andy Dalton after the 2-14 finish last season. Dalton did go 2-11 in a starting role, but threw for just under 3,500 yards, 16 touchdowns and 14 interceptions. The Bengals took a hit in their secondary as well though, cutting ties with former first-round pick Dre Kirkpatrick, Cincinnati’s 17th overall pick in the 2012 NFL draft. Kirkpatrick dealt with a frustrating 2019 season that limited him to six games after hyper-extending his knee in week 6 of that season.

Outlook: A lot of this pick for me is going to be solidified after the draft if the Bengals take Joe Burrow first overall. If they do, and don’t trade down or anything of the sort, I like the over here, but barely. I’m not high on the Browns at all this season and I do think the Bengals can bang out a low scoring win over Pittsburgh at home and finish 3-3 in division play, so that’s 60% of the way there already. Add in a returning AJ Green and Joe Mixon who has emerged as the top option in the Bengals’ backfield, I don’t think a 6-10 mark is out of the question in year one of the Joe Burrow era in Cincy.