Who Are The NFL Running Backs With the Most Rushing Yards In A Game? 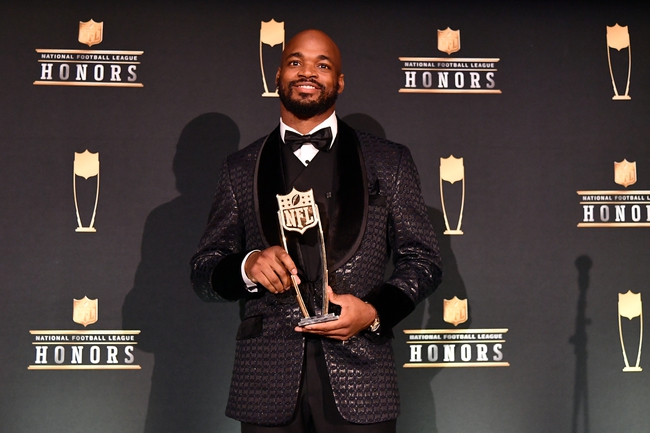 The NFL has had some impressive rushing performances throughout its history. Let’s look at the ten running backs with the most rushing yards in one game. Get free NFL Picks and NFL Predictions for every game all season long at Sports Chat Place.

Mike Anderson sits at number ten on this list for his performance in 2000 against the New Orleans Saints. Anderson put up 251 yards and four touchdowns on 37 attempts.

DeMarco Murray put up 253 yards in 2011 for the Dallas Cowboys against the St. Louis Rams. Murray was aided by a 91-yard run.

Jamaal Charles ran wild against the Denver Broncos putting up 259 yards and two touchdowns on 25 attempts. The Chiefs put up 44 points on the way to a blowout victory.

It’s not often talked about how good Shaun Alexander was during his prime. 2001 was his first big season and he was aided by mid-November game against the Oakland Raiders where he rushed for 266 yards

O.J. Simpson is a controversial figure but there was no denying his talent on the field. In 1976 against the Detroit Lions, Simpson rushed 29 times for 273 yards and two touchdowns. Even with the big performance, the Bills lost by 13 points.

Walter Payton’s best game in his career happened in 1977 when he put up 275 yards against the Minnesota Vikings.

Corey Dillion had quite the career with the Cincinnati Bengals and in 2000 against Broncos he rushed 22 times for 278 yards and two touchdowns.

Jerome Harris only rushed for 1681 yards in his career but 286 of those came in one game. In 2009 against the Kansas City Chiefs, Harrison put up 286 yards and three touchdowns. Brady Quinn was the starting quarterback in that game, and he only threw for 66 yards.

Jamal Harris was a star for the Baltimore Ravens and his special day against the Cleveland Browns started with an 82 yard touchdown. He finished with 295 yards and at that time it was the record.

It didn’t take long for people to know just how special Adrian Peterson was. As a rookie against the San Diego Chargers, Peterson rushed for 296 yards to set the NFL record.