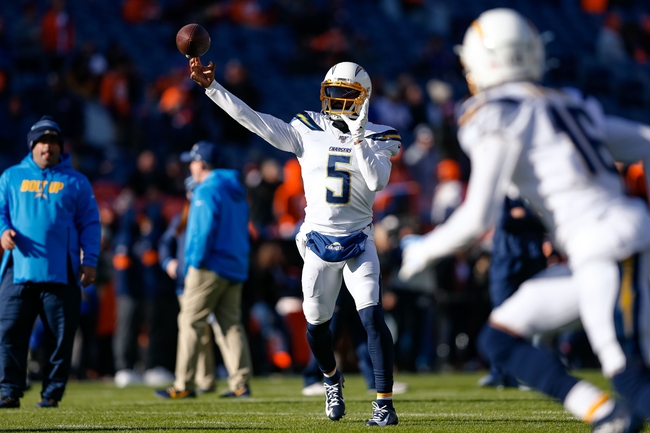 The Los Angeles Chargers will look to bounce back after one of the most frustrating dropoff seasons in recent memory, posting a 5-11 record in 2019 after finishing with a 12-win season just one year prior, with the 5 wins being the fewest since the Chargers relocated to Los Angeles following the 2016 season. Get Free NFL Picks and NFL Predictions for every game all season long at Sports Chat Place.

Additions: The Chargers made a couple of moves to bolster their offensive line, performing a lineman swap with the Panthers, trading Russell Okung to Carolina and acquiring Trai Turner while also signing Bryan Bulaga away from the Packers. The Chargers also made some moves to improve their defense by inking Chris Harris Jr. to a deal to stay within the AFC West after playing for the Denver Broncos since being drafted in 2011.The Chargers also signed Nick Vigil from the Cincinnati Bengals after a career year with a career-high 111 tackles for the Bengals last year.

Subtractions: This year will be the first year since 2003 that Philip Rivers isn’t a Charger, and the first year since 2005 where Rivers isn’t the Chargers’ starting QB come week 1. Rivers led the Chargers to 6 playoff appearances and currently sits 2nd in the ironman QB rankings, starting every game since September 11, 2006, only sitting behind Brett Favre who holds the record with 297 straight starts. The Chargers also cut bait with last year’s leading rusher and 2015 1st-round pick Melvin Gordon, ending a tumultuous tenure that involved a holdout over a contract dispute last season.

Outlook: It will be interesting to see what the Chargers do in the draft, as a lot of experts (as well as myself) project the Chargers to select Oregon QB Justin Herbert in the draft as the next face of the franchise. Herbert or not, Tyrod Taylor isn’t my ideal candidate to lead an average Chargers team back to the promise land after such a down year. There are some nice pieces for Los Angeles this year, but the Chiefs are the class of that division and the Broncos (and possibly even the Raiders) are ahead in the race as well as a good chunk of the AFC. I just have a hard time seeing this Chargers team getting to 6 wins let alone .500 which is what they’d have to be for the over to cash in at this point, so it’ll be under 7.5 wins for me here.