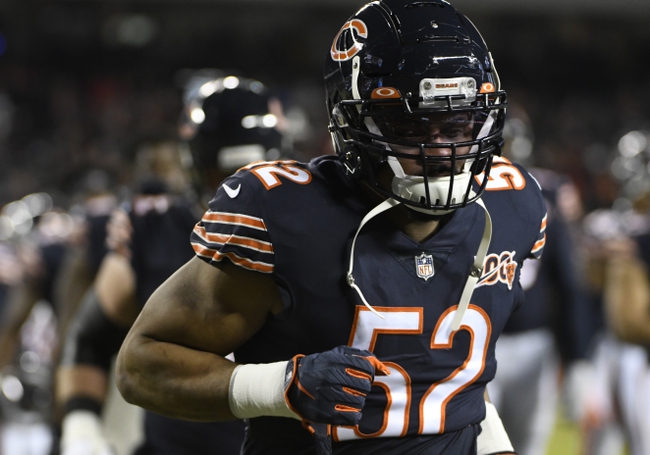 The Chicago Bears rely heavily on the defensive side of the ball, as six of their top-seven ranked players are defensive players. Linebacker Khalil Mack leads the Bears with 98 overall rating while Eddie Jackson and Kyle Fuller make for one of the better secondary’s in the game. Surprisingly, win receiver Allen Robinson is the Bears second best rated player at a 89 overall. Overall, it’s hard to get behind the Chicago Bears who have a quarterback in Mitch Trubisky who has a rating of 73, which is the same as their punter Pat O’Donnell. The Bears defense should keep them in games, but you really lack confidence if this team gets behind early and has to rely on throwing the ball to get back in it.

The San Francisco 49ers have 10 different players who are ranked 85 or better. Tight end George Kittle leads the charge with a 97 rating and cornerback Richard Sherman has a rating of 94. Defensive end Nick Bosa, wide receiver Emmanuel Sanders and left tackle Joe Staley all have 89 ratings. The San Francisco 49ers are obviously one of the more balanced and highest rated teams in the game and have very little weakness. Quarterback Jimmy Garoppolo has an 84 rating and an above-average acceleration to avoid pressure. On either side of the ball, you have to like the 49ers to show up and put together a consistent performance no matter who they play.

The San Francisco 49ers should win this game for obvious reasons, as they're the better team from top to bottom, but I’m looking at the under in this contest. These are two of the better defenses in the game with several highly ranked players on that side of the ball, and while the 49ers are better offensively, it’s not liked they’re stacked with difference makers on offense. The Bears should be able to limit Kittle across the middle of the field and force the 49ers to play a game of field position. This could be a slugfest defensively and a low scoring game.

Give me the under 41 points.