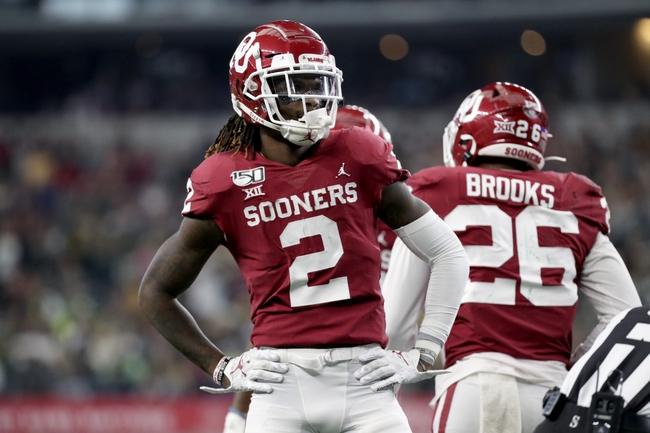 CeeDee Lamb is a dazzling playmaker as a wide receiver, and he should be one of the first at his position off the board in the 2020 NFL Draft. The 2019 Consensus All-American Lamb is all but a lock as a first-round pick, and whichever NFL team takes him will get a potential franchise WR for years to come.

Strengths: Lamb is likely most comparable to former NFL great Chad Johnson (a.k.a. Ochocinco), in that he’s got explosive playmaking ability and can get separation even against high-level competition. He’s extremely agile and well-rounded in all three levels of the defense and can easily make tacklers whiff, varying his speed and body positioning across his routes. Lamb is also a gifted punt returner and can offer many NFL teams an immediate upgrade on special teams as well.

Weaknesses: Lamb could probably use a bit more body size; he’s somewhat slender for a No. 1 NFL receiver and for the most part he hasn’t faced top-shelf elite competition during his football career. It’s also been said that he wastes some movement when running routes, and will need to focus his motions in order to fit into those tight passing windows at the professional level. A little coaching and fine-tuning there will go a long way toward Lamb’s success in the coming years.

Possible Fits: Lamb will likely be the first or second wide receiver off the board, as he’s one of the top names at his position in this 2020 draft class. It seems most pundits put him at around the Nos. 9-15 area in the first round.

Jacksonville is sitting in that No. 9 slot, and they’ll take a long look at Lamb--barring an unexpected shakeup he should still be there. QB Gardner Minschew could use another weapon if he’s going to help return the Jaguars to glory.

Beyond that, the New York Jets are at No. 11. They’ll be looking to help out QB Sam Darnold, and if they don’t go OT here Lamb is an intriguing replacement for former burner Robbie Anderson, now departed in free agency.

The Las Vegas Raiders are at No. 12 and need some playmakers in their receiver spots, so they’re a strong option as well. It’s highly improbable that Lamb would last beyond the Denver Broncos at No. 15. Denver has a young, up-and-coming offense that many are predicting to make great strides this year. Lamb’s receiving talents would be a perfect addition to the Mile High City.