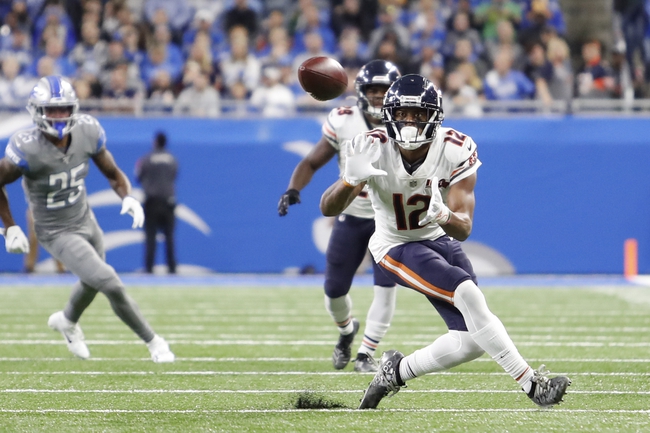 The Detroit Lions and the Chicago Bears meet in an NFC North division matchup in a Madden 20 simulation game on Monday afternoon.

The Detroit Lions come into this one looking for their first sim victory, sitting at 0-2 after a 37-20 loss to New Orleans last time out. Kenny Golladay and Marvin Jones Jr. remain the top threats for the Lions in terms of receiving with Golladay clocking in at 86 overall and Jones Jr. at 85 overall with both logging a 90 speed rating and a low-90s acceleration rating. Matt Stafford remains under center at QB for Detroit with an 82 overall rating, including a 94 rated attribute in the throwing power department. Defensively, Damon Harrison Sr. leads the Lions with an 89 overall rating, including a 95 grade in impact blocking and 92 in tackling as well as a 91 mark in block shedding. Darius Slay Jr. may not be with the Lions either, but he still is on the team here and has high-80s ratings in man and zone coverage as well as low-90s ratings in speed, acceleration and agility.

The Chicago Bears also sit at 0-2 looking for their first sim victory after a 37-18 loss to the Green Bay Packers last time out. Allen Robinson appears to be the lone top bright spot offensively for the Bears, sitting at 89 overall with a 90 speed rating and 93 acceleration, but outside of that, Taylor Gabriel is only 81 overall, Tarik Cohen is 78 overall at RB and Mitch Trubisky is a lowly 73 overall at QB for Chicago. Defensively, the Bears still have themselves a star in Khalil Mack who sits at 98 overall with 94 tackling, 88 power, 93 block shedding as well as low- to mid-90s ratings in finesse and power moves. Eddie Jackson also has an 89 overall rating at free safety while Akiem Hicks isn’t far behind on the Bears’ defensive line at 88 overall.

Division games in reality can be tight and neither team has really shown me anything to warrant trusting them with my money here as both have done nothing but get beat down in their first couple of games. However, while the Bears have some solid ratings on their defense, Mitch Trubisky is still only 73 overall and side-by-side, the two losses by Detroit to New Orleans and Minnesota are better than Chicago’s two losses to the Packers as I just think the Saints and Vikings are better Madden teams than Green Bay, and New Orleans is also the best offensive team in this year’s Madden. I think there’s some value to be had with the points here and I could see this one finishing within 2-4 points so I’ll take Detroit and the points in this one.