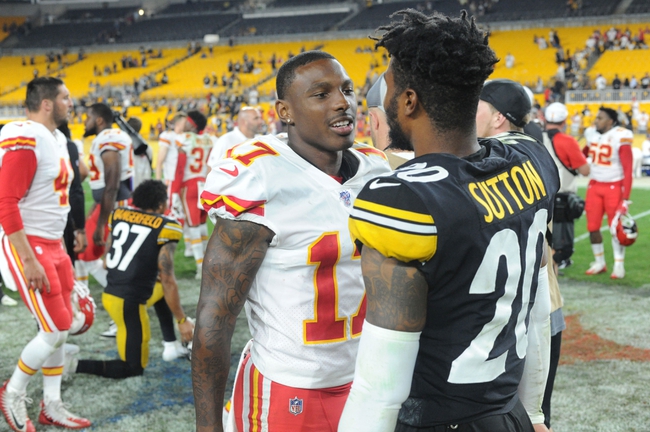 The Pittsburgh Steelers are one of those teams that controls the trenches, as their top-four ranked players (David DeCastro, Cameron Heyward, Stephon Tuitt and Maurkice Pountey) are on the offensive or defensive line. The Steelers are loaded with highly ranked players on the defensive side and that’s where they’re going to butter their bread in these simulations. The highest ranked skill position player for the Steelers is wide receiver JuJu Smith-Schuster, who is rated 86 overall with a 91 speed and 92 acceleration. Quarterback Ben Roethlisberger is ranked 81 overall and has a strength rating of 82, so he’s tough to bring down even if the defense gets to him. The Pittsburgh Steelers are a physical bunch with an effective defense and are going to be tough to beat regardless of opponent.

The Pittsburgh Steelers are a physical defensive bunch and have a reliable offensive line and ground game to suck the life out of this contest. The problem is the Kansas City Chiefs are absolutely loaded on both sides of the ball and have ridiculously talented players offensively who should like their chances to score whenever they touch the ball. It's hard to pick against the Chiefs with how quickly and often they can find the end zone. I'll lay the reasonable chalk with the Kansas City Chiefs.