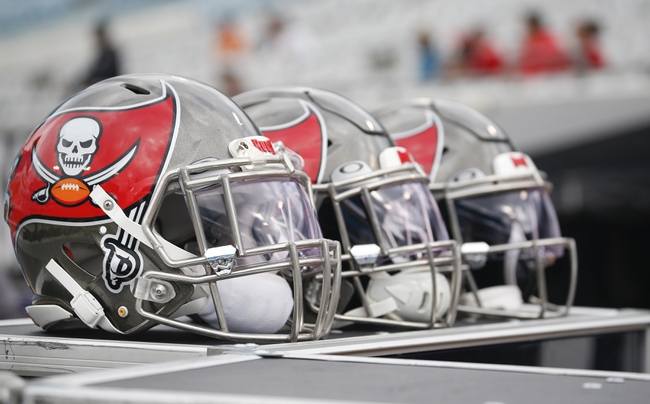 The San Francisco 49ers and the Tampa Bay Buccaneers meet in a Madden 20 Simulation game on Monday morning.

The San Francisco 49ers come into this sim game with a 1-1 record after falling to Seattle by a final score of 17-12 in their last outing. George Kittle remains the top skill player in the 49ers’ offense as a 90 overall rated tight end with a 91 catch rating while Marquise Goodwin leads the receiving corps with an 84 overall mark as well as lightning speed with a 98 speed rating and a 98 grade in acceleration. Jimmy Garoppolo also comes in as just a 78 overall but has quite the running back group with Tevin Coleman, Matt Breida and Jerick McKinnon all in the low 80s overall. Defensively, Richard Sherman is the anchor in the secondary at 93 overall, including a 98 rating in jumping, 95 in agility and a 97 rating in zone coverage. DeForest Buckner also leads the defensive front with an 87 overall rating with 86 strength and a finesse moves rating in the low-90s.

The Tampa Bay Buccaneers will still be looking for their first sim win after falling to 0-2 with a 24-14 loss to the Atlanta Falcons yesterday. Mike Evans is the top guy on offense for Tampa Bay, leading the Bucs with a team-high 91 overall rating, a good part of that being from mid- to high-90s ratings in spectacular catch, release. catch in traffic and jumping. The Bucs also have a strong offensive line with Demar Dotson and Ali Marpet who are 88 and 85 overall at this point in the year. Lavonte David is the nucleus on defense with a 90 overall rating at MLB, including an 86 speed grade, a 90 rating in acceleration and an 87 mark in agility as well as a 91 rating in tackling. Ndamukong Suh leads the pass rush at 85 overall but the secondary is questionable at best with the highest rated player coming in at 75 overall which is where we find free safety Justin Evans.

I said it yesterday with the Bucs against the Falcons that it’s nice to see a video game that can replicate reality as Jameis Winston is hard to trust and isn’t the guy to comfortably lead the Bucs offense. With that said, Winston didn’t have a bad game, completing 41 of 55 passes for 400 yards but also didn’t throw for a TD either. And that’s the issue with relying on common sense with these sim games. Sure, the 49ers are the better team in reality and probably wouldn’t have much of a hard time putting away the Bucs in real life. But Garoppolo being as low rated as he is may hinder the way the 49ers offense operates, and if Winston can hit his guys as accurately as he did against the Falcons, guys like OJ Howard, Mike Evans and Chris Godwin can help keep you in the game. I may regret this later, but I’ll take a shot with Tampa Bay and the points in this one.