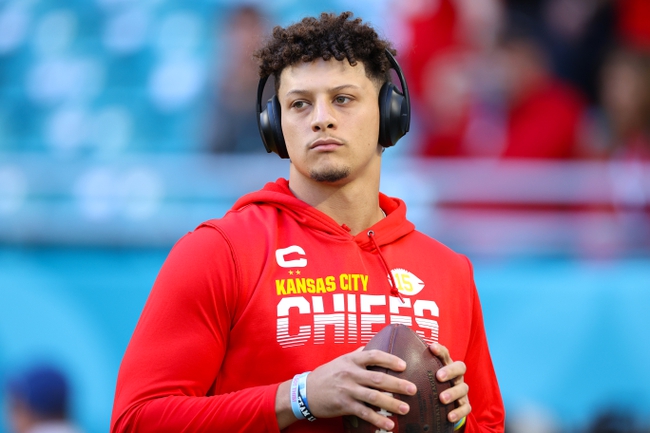 The Kansas City Chiefs and the Las Vegas/Oakland Raiders meet in an AFC West division matchup in a Madden 20 simulation game on Tuesday night.

The Kansas City Chiefs come into this one with a simulation record of 1-3 after a 39-28 loss to the Baltimore Ravens in their last outing. Patrick Mahomes, the Madden 20 cover athlete, rightfully comes in at a 99 overall, with 96 throwing power as well as 97 short pass accuracy, 95 medium pass accuracy and 93 long ball accuracy. Tyreek Hill isn’t far behind as a cheat code, with 91 catching as well as 97 juke, as well as 99 speed, 99 acceleration and 98 agility. Travis Kelce is right there as well at 96 overall at tight end with 99 awareness, 85 speed and 91 catching as well as 91 catching in traffic. Defensively, Chris Jones and Tyrann Mathieu anchor KC’s defense with Jones manning the defensive front at 92 overall with 91 strength, 90 tackling, 89 finesse move and 95 power moves while Mathieu has a 90 man coverage grade as well as 89 in zone coverage while also sitting at 90 speed, and 92 in acceleration and agility.

The Las Vegas/Oakland Raiders come into this simulation looking for their first W after falling to 0-3 in sim play with a 37-31 loss to these same Kansas City Chiefs in their last outing. Oakland’s top three rated players are all on the offensive line, so Rodney Hudson (93 overall), Richie Incognito (87 overall) and Trent Brown (86 overall) can give Derek Carr all the protection he needs at 80 overall with 91 throwing power and 88 short pass accuracy. Josh Jacobs and Darren Waller lead the skill players with an 85 overall rating, with Jacobs owning a 96 carrying rating as well as 87 speed, 87 strength and 91 acceleration while Waller has 89 speed, 89 acceleration and a solid 94 catching rating at tight end. Defensively, Lamarcus Joayner leads the pack with an 83 overall rating which includes a 92 acceleration grade as well as high-80s attributes in man and zone coverage.

Kansas City laying points with Las Vegas/Oakland in real life would almost seem like a strong play just because the Raiders weren’t all that great this season, and well the Chiefs ended up as Super Bowl champs. However, the Chiefs haven’t been the same team in these game simulations, losing 3 of their 4 games and the one win was a previously mentioned 6-point win over these same Raiders not too long ago, a game in which the Raiders snuck in the backdoor to cover at the end and could’ve won if the game dealt with end of game clock management better. Either way, the Chiefs have allowed 31 points in each of their four games up to this point and are allowing 40.7 points per game in their four sim matchups. Numbers like that lead me to believe they’re giving up too many here as well, so while I don’t love Las/Vegas Oakland in real life or even in a simulation, the Raiders and the points are the play for me here.