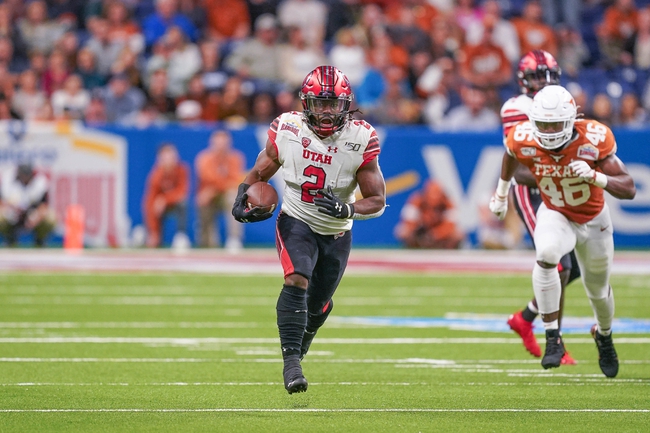 Zack Moss is one of the better running back prospects entering the 2020 NFL draft and should go within the first three rounds. If you can overlook some of his weaknesses, Moss has a chance to be one of the steals in this years draft.

College Career: Moss played four years at Utah where he produced 4,067 rushing yards and 38 rushing touchdowns. Moss also had 66 receptions, 685 receiving yards and three receiving touchdowns. Moss is the all-time leading rusher in Utah Utes history, is the only player in Utah history to top 1,000 rushing yards three times and was the Pac-12 Offensive Player of the Year in 2019.

Strengths: Moss is a tough nosed runner who gets a lot of his yards after initial contact and doesn’t go down with arm tackles. A physical, old school runner, you don’t find a lot of running backs like Moss these days. Moss has a lot of creative moves to make defenders miss in the open field and will throw a defender off him as well. Moss also has some quickness to his game to go with that power, and he’ll burst through the hole in short yardage situations. Moss has good vision, can push the pile and showed he’s more than willing to take on a heavy workload. Moss also flashed enough consistency as a receiver to a be a threat out of the backfield.

Weaknesses: Moss has injury concerns that include ankles, hamstring, AC joint separation and meniscus surgery. The fact Moss had 712 career carries also laves a lot of wear and tear on those tires. Moss lacks the speed you’d like to see from a running back who hopes to be a three-down back, and his 4.65 time at the NFL combine doesn’t provide any more confidence. Moss also wasn’t asked to pass block much, so that’s an area of concern as well.

Possible Fits: The Tampa Bay Buccaneers are in the market for a running back and Moss has a Doug Martin feel to him. The Kansas City Chiefs could use some running back depth and Any Reid loves running backs who can catch. The Miami Dolphins are sure to add running back depth to their rebuilding roster. The Chicago Bears love smaller players with some bite to them, and Moss fits the bill. The Los Angeles Chargers need playmakers on the offensive side and Moss could take some pressure off whoever is quarterback.

The pick in this article is the opinion of the writer, not a Sports Chat Place site consensus.
Previous Pick
Jalen Hurts 2020 NFL Draft Profile, Strengths, Weaknesses, and Possible Fits
Next Pick
Jacksonville Jaguars vs. Indianapolis Colts - 4/7/20 Madden 20 Sim Pick, Odds, and Prediction