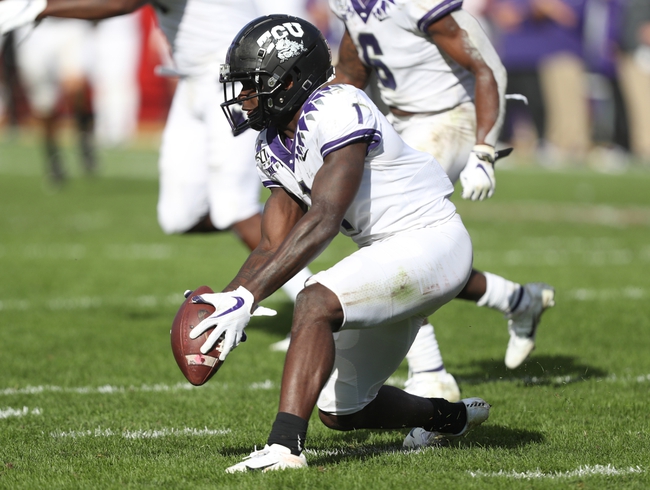 Jalen Reagor is a wide receiver out of TCU who could very well be a first-round selection in the 2020 NFL Draft. A top-ten ranked player at his position, Reagor has the explosive skills necessary to succeed in the professional ranks, and many teams will be taking a close look at him when they’re on the clock.

College Career: Reagor played at TCU for three seasons, and was active from the beginning. In his freshman campaign, he played in 14 games, posting 33 catches for 576 yards and eight touchdowns. Across his career at TCU, Reagor managed 148 receptions for 2,248 yards and 22 TDs. It’s also worth noting that his stats were hampered a bit by inconsistent quarterback play in his junior season.

Strengths: Reagor has a ton of explosive speed at his disposal, and is versatile enough to work all three levels of the defense. He could be useful on gadget plays and special teams, as he’s got experience as a rusher and a returner in addition to being a receiver.

Scouts love Reagor’s fluid movements coming out of breaks, and he’s adept at losing coverage when he makes his moves. His acceleration is solid; he can reach top speed very quickly, slashing and turning to avoid tacklers.

Weaknesses: Reagor has had issues with full-on press coverage; he can get stalled out by an aggressive corner. Early contact coming off the line sometimes throws Reagor off his routes, and he needs to stay focused to consistently get where he needs to be on the field.

Reagor suffered through some sub-par quarterback play in college and at times appeared to become visibly frustrated. He’ll need to maintain a strong resolve and requires some technique work to be successful at the NFL level, but Reagor has all the tools to become a solid pro starter within a year or two.

Possible Fits: This is a pretty deep draft for wide receivers, and though a lot of teams need help at that position Reagor will probably be waiting a little while before his name is called. Some mock drafts have him going as high as No. 22 overall with Minnesota. The Vikings need an explosive and versatile WR threat with Stefon Diggs gone, and Reagor could fit that bill.

Another good spot for Reagor to land would be with Chicago at No. 50 overall. The Bears are without Taylor Gabriel now, but with new QB Nick Foles in town Reagor could be a much-needed lift for the new-look offense.

A relative dark horse candidate here is Indianapolis at No. 44 overall. With a year or two of seasoning, Reagor could develop into a significant threat opposite TY Hilton. If he's still on the board, Reagor's name will certainly come up in conversation when the Colts are on the clock.