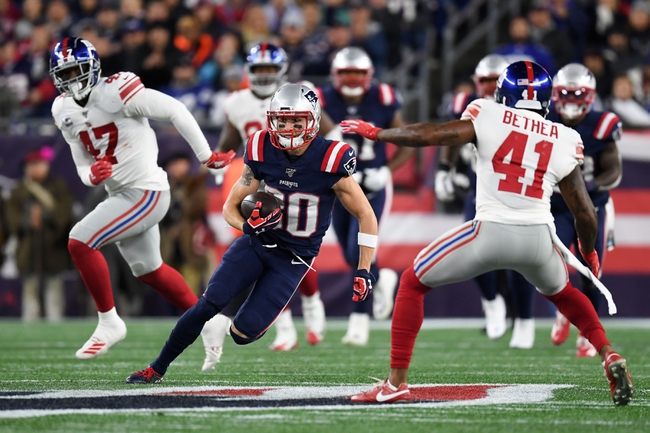 The New England Patriots and the New York Giants meet in a Madden 20 NFL simulation game on Thursday afternoon.

The New York Giants will look to build on their first win of the simulations, a 23-20 win over the Arizona Cardinals last time out. Saquon Barkley leads the G-Men on offense with 89 overall, with 92 speed, 93 acceleration and 96 agility as well as 94 carrying and juke. Evan Engram leads the receivers at tight end at 88 overall with 88 catching, 90 speed and 91 acceleration. Golden Tate III and Sterling Shepard make up a decent receiving group with each logging 90 speed and 91 acceleration with Tate III having 89 catching compated to Shepard’s 88. Defensively, Leonard Williams is the only 80+ overall on the Giants at 82 overall with 88 tackling and 88 impact blocking.

I completely understand that these are still simulations and anything can happen, but it’s going to take more than a single win over Arizona before I can expect the Giants to hang with New England here. The Giants have folded against the better teams so far on their schedule, losing by 21 to Philadelphia and 41 to Dallas as well as a 14-point loss to the Redskins who aren’t anything special in this game either. New England’s putting up offense left and right and I think they cover the touchdown here so I’ll lay the points with the Patriots in this spot.