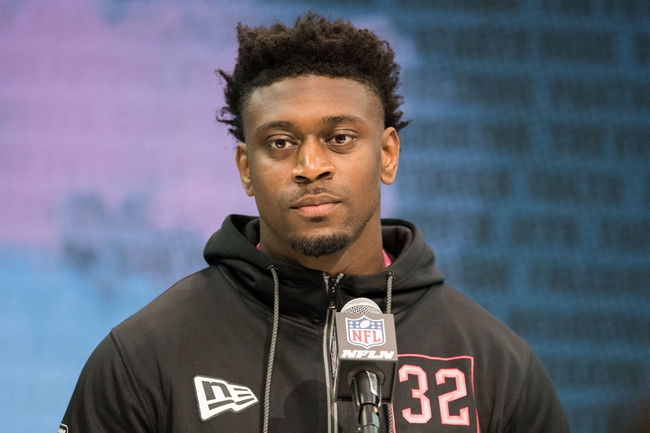 LSU is becoming one of the better schools at producing high NFL defensive talent and linebacker Patrick Queen seems to be the next man up. Queen played 29 games in three seasons at LSU and improved each season. Queen should be a first round pick in the 2020 NFL draft and could end up in a very nice situation.

College Career: Queen played three years with the LSU Tigers where he racked up 59 solo tackles, 17.5 tackles for loss, four sacks, one interception and two pass deflections. Queen was named the Defensive MVP of the 2020 National Championship after producing eight tackles and 2.5 tackles for loss in the victory.

Strengths: Queen is a great athlete who can cover sideline to sideline, has above-average quickness and ran a 4.5 at the NFL combine. Queen flashes good instincts and has a knack for diagnosing the play and reacting quickly. Queen is good in space and is a reelable pass defender, particularly in zone coverage. Queen plays with good pad level and is a sure tackler with some pop in the open field. You also have to like that Queen got better as his career went along and he played some of his best games in the biggest moments.

Weaknesses: Queen doesn’t have a ton of starting experience so some will question if there’s enough tape on him to be a first round pick. Queen also played with a ton of talent around him and that can raise questions about his ability overall. Queen has to do a better job at shedding blocks, and that will come with more time in the weight room as well as being the aggressor at the second level.

Possible Fits: Queen’s lack of starting experience probably drops him to the middle or late first round, which increases his chances of landing with a good team and probably with a team that just wants to add talent with upside regardless of position. You could see a team like the Philadelphia Eagles or New Orleans Saints spending a first round pick on the upside and hopes of improving the defense for another Super Bowl run. The Baltimore Ravens are no strangers to adding to the defense and Queen is a nice fit. The Kansas City Chiefs are also a fit if Queen drops to them late in the first round, and he’d look nice next to another LSU defender in Tyrann Mathieu.