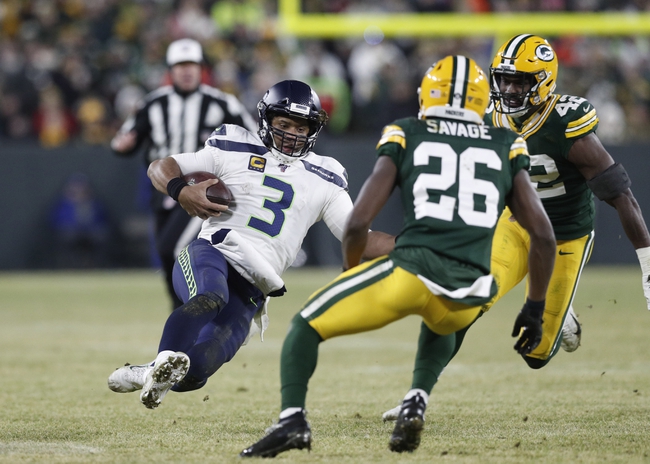 The Kansas City Chiefs and the Seattle Seahawks meet in a Madden 20 NFL simulation game on Friday night.

The Kansas City Chiefs come into this one looking to build on back-to-back 50-point performances and victories after a 59-30 win over the Chargers in their last outing. Patrick Mahomes is one of the heralded 99 overall rated players, with 96 throwing power in addition to 97 short pass accuracy, 95 medium pass accuracy and 93 deep throwing accuracy. Tyreek Hill isn’t farr off of the pace at 96 overall, with a 91 attribute rating in catching as well as 97 juke, 99 speed, 99 acceleration and 98 agility. Travis Kelce is 96 overall as well as KC’s top tight end with attributes of 99 awareness, 85 speed. 91 catching in traffic and 91 catching overall. On defense,  Chris Jones and Tyrann Mathieu share the lead on the Chiefs defensive unit with Jones leading the pass rush at 92 overall with 91 strength, 90 tackling, 89 finesse move and 95 power move while Mathieu anchors KC’s secondary with a 90 man coverage rating as well as 89 in zone coverage while also being rated at 90 speed, and 92 in acceleration and 92 agility.

The Seattle Seahawks come into this sim matchup looking to remain undefeated at 6-0 after a 43-36 win over the Los Angeles Rams in which they scored 22 4th quarter points to rally from behind for the victory. Russell Wilson leads the Seahawks on offense with a sold 97 overall rating with 86 speed, 90 acceleration and 93 agility as well as 91 throwing power and a 93 for short pass accuracy, 94 for medium pass accuracy and 96 for deep pass accuracy. Tyler Lockett is Seattle’s top receiver with an 88 overall grade including 93 catching, 93 speed, 92 acceleration and 97 agility. Chris Carson also owns an 86 rating in the backfield for Seattle with 88 speed, 89 acceleration and 91 stiff arm. Defensively, Bobby Wagner is Seattle’s top-rated player at a 98 overall rating, with 96 tackling, 90 impact blocking, 98 power, as well as high-90s attribute ratings in pursuit and play recognition. Jadeveon Clwoney isn’t far behind on the defensive line at 88 overall with 95 pursuit, 91 play recognition, 87 speed and 90 acceleration.

I know I said I needed to see something from KC before backing them again, and hanging 59 on the Chargers is definitely something. But we’re getting points with a Seahawks team that’s done nothing but win since these simulation games have started. I keep saying these sim games are toss-ups, coin flips, 50/50s, whatever you want to call them, and this game is the definition of that as neither result would really surprise anyone. But for the sake of value, I’m taking my points with the unbeaten Seahawks and putting a bit on the money line as well.