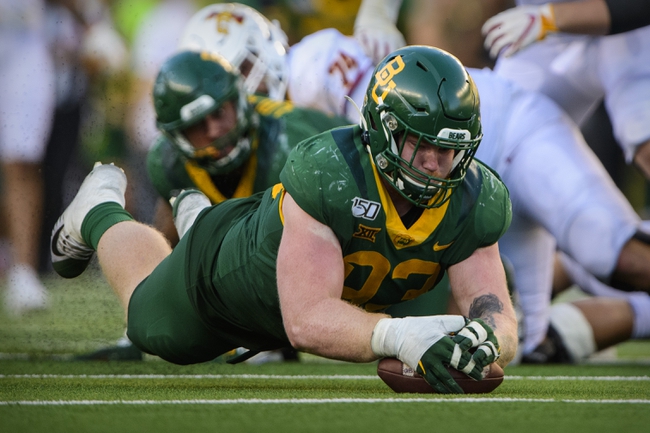 James Lynch is a defensive tackle from Baylor, and he could very well be a relatively early pick in the 2020 NFL Draft. Lynch played three seasons with the Bears, earning unanimous first team All-American honors in 2019, so he’ll get plenty of attention from NFL teams when it’s their turn to pick in the middle rounds of the draft.

College Career: Lynch initially committed to TCU and USC before ultimately opting for Baylor, which paid off for the Bears. As a true freshman, Lynch played in 11 games, posting 20 tackles, five tackles for loss, three sacks and a fumble recovery. In his sophomore season, Lynch led the team with 5.5 sacks and nine tackles for loss.

After finishing his junior year with 41 tackles, 19.5 tackles for loss, three forced fumbles and 13.5 sacks (a conference high) Lynch was named First Team All-Big 12 and Big 12 Defensive Player of the Year in 2019. He also played in the 2018 Texas Bowl and the 2020 Sugar Bowl.

Strengths: Lynch is a very busy and strong defensive lineman, and with some more seasoning he could develop into a high-grade NFL starter. He’s got a thick frame and explosive power in his upper body and can bully offensive linemen off balance with his strength.

Lynch is quick when it comes to getting into the neutral zone, so opposing players have to be on their guard in a hurry. With a solid lower-body drive, Lynch can wreak havoc on a blocking scheme and become disruptive immediately after the snap.

Weaknesses: Lynch dominated offensive tackles in the Big 12, but he’ll get a significant uptick in talent when he hits the NFL field. He’s going to have to learn some new leverage and technique tricks in order to be successful against pro players, and he’ll have to get off blocks even quicker in order to make plays.

Lynch is good at finding gaps but sometimes over-pursues and takes bad angles on a ball-carrier which leave him behind the play. He’s going to have to find more control and balance to consistently do well versus NFL O-lines.

Possible Fits: It’s tough telling where Lynch will go in the 2020 NFL Draft. Different mocks have him all over the place, landing anywhere from Round 3 to Round 5. Most NFL teams will look at him as a potential depth backup with good upside and a potential to become a regular rotation player—and even a good starter if all goes well.

The conversation about Lynch will likely begin early in the third round. The Carolina Panthers are sitting at No. 69 overall, and Lynch’s former coach Matt Rhule is running that team these days. It would make sense to see that duo reunite, but a third-round pick may be a bit high.

Provided Lynch falls a bit, there are plenty of teams reworking their defenses who could utilize his services. If he’s still on the board in Round 4 or 5, a team like Miami may very well scoop him up; Lynch would be a great depth player for a Dolphins team on the upswing. Provided they score on a QB, round out their D and grab couple other skill guys, Miami could very well have a nice draft haul this year.