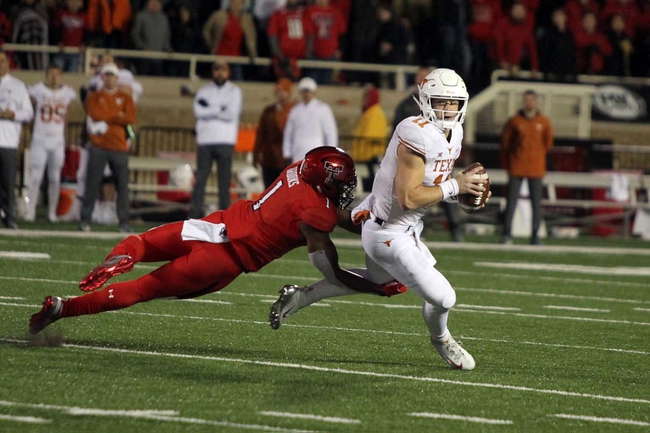 Jordyn Brooks is a linebacker out of Texas Tech who could be an early-round pick in the 2020 NFL Draft. Brooks was heavily recruited by major programs coming out of high school, and his exploits on the college field will gain the attention of several NFL teams when they’re on the clock.

College Career: Brooks got right to work when he arrived at Texas Tech, receiving a freshman All-American nod and an honorable mention All-Big 12 Conference after a solid season featuring 86 tackles, five tackles for loss, four pass defenses and a forced fumble. Brooks was third on the team in tackles (89) during his sophomore year and also tallied an interception.

His numbers continued to inflate in his junior year (84 tackles; 7.5 tackles for loss) and in his final season at Texas Tech Brooks put up 108 total tackles, 20 tackles for loss and three sacks. He finished his college career with the seventh-most tackles in school history (367).

Strengths: Brooks has the natural athletic abilities and instincts to be an effective player in the NFL. His solo tackle numbers stayed consistent for his entire college career, and the even-keeled production will only help his draft status.

Brooks is good at picking out run plays quickly and keying in on them. He’s shifty enough to weave his way around blockers and is adept at anticipating a ballcarrier’s lane. Brooks has solid lateral moves and enough speed to cover the perimeter on plays outside the hashes.

Weaknesses: Some scouts point to the Oklahoma game specifically when finding potential knocks against Brooks. The Sooners’ quick and steady pace had him worn out by the second quarter, and Brooks was quite ineffective as a result. He may need some additional conditioning focus to succeed at the NFL level.

Brooks sometimes has issues losing track of a runner when he’s working his way around blocks, and he needs to be more aggressive with O-linemen in order to tighten up the running lanes. His reads are generally pretty good, but he could use some more work on his hand positioning and leverage. Coverage-wise, Brooks sometimes gets lost in a zone and needs some more fluid movements to keep up with the crafty NFL-level receivers.

Possible Fits: Brooks is all over the place when it comes to mock drafts. Some outlets have him going as early as the second round. There should be plenty of high-upside defensive picks in that area of the 2020 NFL Draft, and he certainly fits that bill.

The Rams are sitting at No. 52 overall and could use Brooks’ run defense skills to help fill out their linebacker corps. That’s probably a little bit early to take him, but if LA likes what they see on tape there’s a good argument to be made with a minor reach there.

A little further down in the third round are the Falcons at No. 78 overall. Atlanta is expected to take a handful of defensive guys in this draft, and bagging Brooks in that spot makes sense. Provided the Falcons pass on him there, Atlanta will certainly pick him up in the fourth round at No. 119 overall if he’s still available—but I imagine he’ll be off the board by the third round.